LOS ANGELES - August is a stargazer’s dream, with simultaneous meteor showers occurring at the beginning of the month — one of which, the Perseids, is widely considered the best and brightest of the year — two full moons, and some epic opportunities to view planets, such as Jupiter and Saturn, which will both align with the moon in the night sky this weekend.

The moon and Jupiter will be in very close proximity on Friday night, and can be seen together in the southern night sky after the sun goes down. The waxing gibbous moon will be only a few degrees away from Jupiter, which will be visible from dusk until the wee hours of the morning in most part of the world.

Saturn will then align with the nearly-full gibbous moon on Sunday night. The ringed giant will appear to the right of the Moon on Aug. 11, and the two celestial bodies will drift closer together as the night progresses until the moon sets. 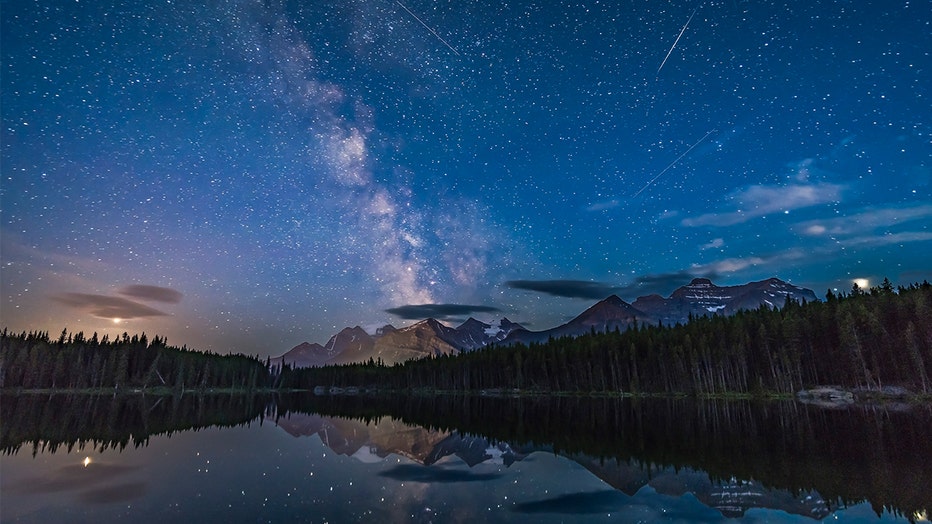 As long as skies are clear, a small telescope is all that is required to be able to get a detailed look at Jupiter and Saturn, according to NASA. It should be possible to track Jupiter’s four moons, Ganymede, Callisto, Europa, and Io, as they shift positions throughout the night. Saturn’s bright rings should also be visible along with the shifting of its moons, most notably Titan, which is the largest.

The Perseids meteor shower may also be visible if skies are clear enough and stargazers find a spot with little light pollution. The meteor shower has been ongoing since July 14 and will come to an end on Aug. 24, with the peak viewing opportunity occurring on the morning of Aug. 13 between moonset and dawn.