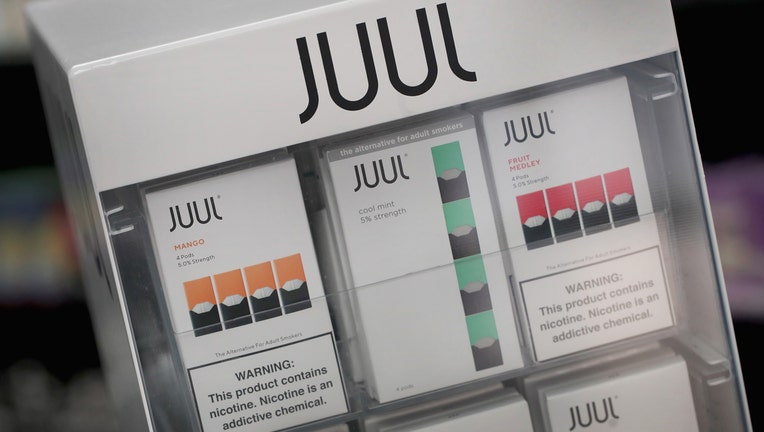 WASHINGTON - A top executive for vaping giant Juul Labs told House lawmakers Thursday that his company never intended its electronic cigarette to be adopted by underage teenagers and is working to keep them away from kids.

"We never wanted any non-nicotine user, and certainly nobody under the legal age of purchase, to ever use Juul products," Monsees told members of a House subcommittee.

But he acknowledged statistics showing "a significant number of underage Americans are using e-cigarettes, including Juul products."

Thursday's hearing marks the first time Juul has been called before Congress. Federal law bans the sale of e-cigarettes to those under 18.

The privately held company has grown into a multibillion-dollar business on the success of its small, discrete vaping device and nicotine pods.

Monsees reiterated past steps taken by Juul, including shutting down its Facebook and Instagram pages and pulling several of its flavored pods out of retail stores. Lawmakers are scheduled to hear from Juul's chief administrative office, Ashley Gould, later in the hearing.

But Rep. Raja Krishnamoorthi of Illinois opened the hearing saying he is "extremely concerned about Juul's marketing tactics in targeting youth." The Democrat convened two hearings this week after asking Juul last month to turn over thousands of documents detailing its marketing, technology and business practices. The Democrat chairs the economic subcommittee of the House Committee on Oversight and Reform.

A day earlier, lawmakers heard from parents, doctors and others who accused the company of deliberately pitching its products to teens with candylike flavors and colorful, youth-oriented online marketing.

E-cigarettes typically heat a flavored nicotine solution into an inhalable aerosol. They are largely viewed as less harmful than traditional paper-and-tobacco cigarettes and some adult smokers use them as an alternative source of nicotine.

Juul's rise has closely tracked an explosion of underage vaping. Last year, 1 in 5 U.S. high school students reported using e-cigarettes in the last month, according to government survey figures. Juul has become a scourge in U.S. schools with students vaping in restrooms, hallways and even classrooms.

The U.S. Food and Drug Administration gained authority to regulate e-cigarettes in 2016, but the agency has repeatedly postponed a deadline for vaping companies to submit their products for health and safety review. Earlier this month, a federal judge sided with public health groups who sued the FDA and ruled that vaping companies must submit their products for review by next May.