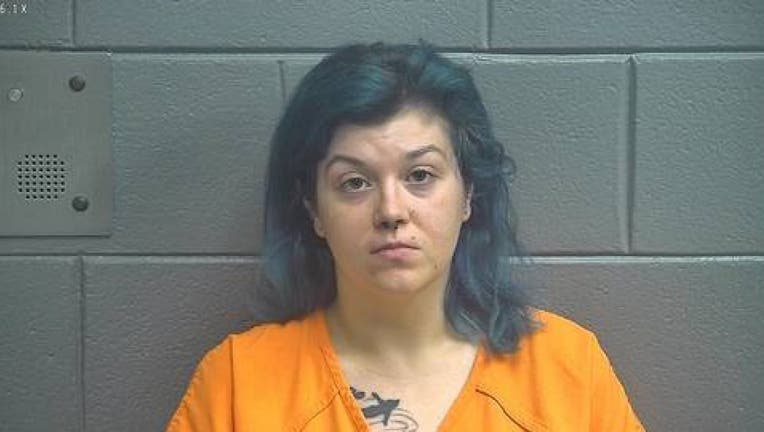 The mother, Sarah Herald, 27, faces three counts of endangering the welfare of a minor and three counts of second-degree criminal abuse, the Lexington Herald-Leader reported.

Police responded to the home in Georgetown – about 70 miles east of Louisville – on Saturday after a neighbor reported seeing three “filthy” children who’d been playing outside unsupervised for a long period of time, an arrest citation said.

An officer saw three stained mattresses full of cockroaches and bedbugs – both dead and alive – outside the home. The officer said a foul odor emanating from the home could be smelled outside, Lexington's Fox 56 reported.

The children – ages 2, 4, and 5 – were found inside the home “rolling in copious amounts of trash, dirt, discarded food and crawling cockroaches," the arrest citation said. Police said the children were barefoot and "extremely dirty," including dirty fingernails and toenails, the Herald-Leader reported.

The officer saw trash, cockroaches, dead insects, and insect feces throughout the hours, the arrest citation said. Bedbugs were also found on the children’s mattress, according to police. In the kitchen, police found a pile of garbage with cockroaches crawling over it, court documents said.

Herald reportedly told an officer she’d tried used spray for the cockroaches, “but it’s not working, obviously.” She also told police her children were eating Pop-Tarts for meals because the food in the fridge – which police said was moldy and expired – was not safe for them to eat, court documents said.

Child Protective Services removed the children from the home and placed them with their paternal grandmother, the arrest citation said.

Herald was arrested and placed in the Scott County Detention Center. She was formally arraigned on Tuesday.