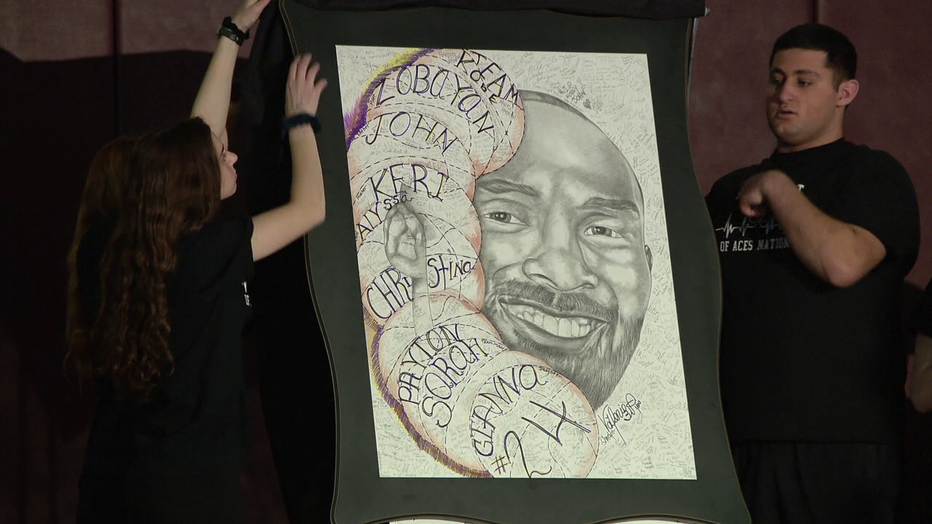 The day began with the unveiling of Bryant’s jersey now hung forever on the wall, followed by two artists’ paintings of the Aces giant and ended with a moving video tribute.

Yazmin Stewart’s father played with Kobe and the tribute was emotional for her.

“I’m upset, but I’m just here for my dad. It was an amazing video. It really hit everything. He was just a role model. I followed him in the gym 24/7 wanting to be the best player I can,” Yazmin explained.

Current classmates, former teammates and ordinary fans of Bryant also came out to watch the Lower Merion High School basketball game, the first the team has played since Bryant’s untimely passing. Even former Lower Merion basketball players who never played with Kobe felt the significance of the day. 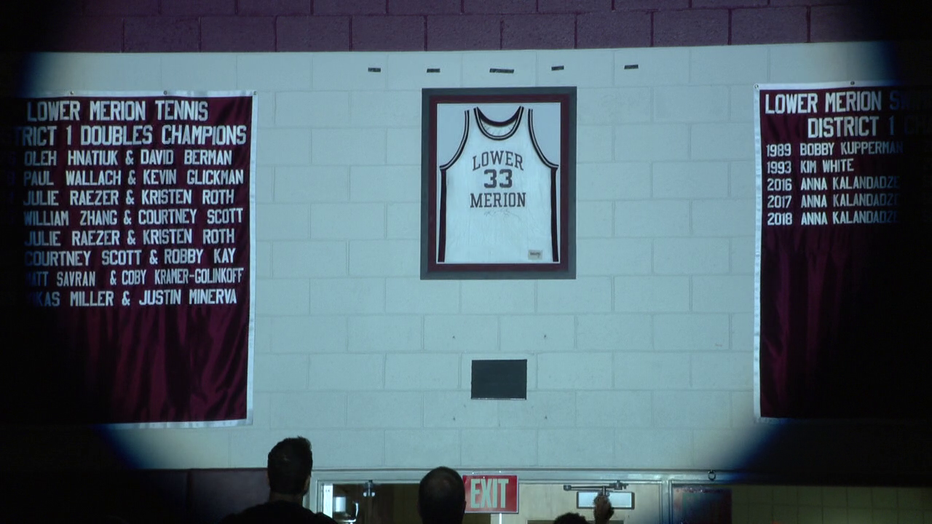 “A lot of emotion going on right there. It just goes to how much all his passion and energy is implemented through everyone out here and everyone is connected to him. It’s great to be back here and see that and remember him,” said Noah Fennell, a former Lower Merion High School basketball player.