CINCINNATI - Kroger, one of the nation’s largest grocery chains, announced it will no longer sell e-cigarettes in the U.S. amid mounting health questions surrounding vaping.

Kroger announced Monday that it would discontinue the sale of e-cigarettes at locations nationwide “due to the mounting questions and increasingly-complex regulatory environment associated with these products,“ the company said in a statement.

Kroger said it would stop selling e-cigarettes as soon at its current inventory runs out at its more than 2,700 stores and 1,500 fuel centers. 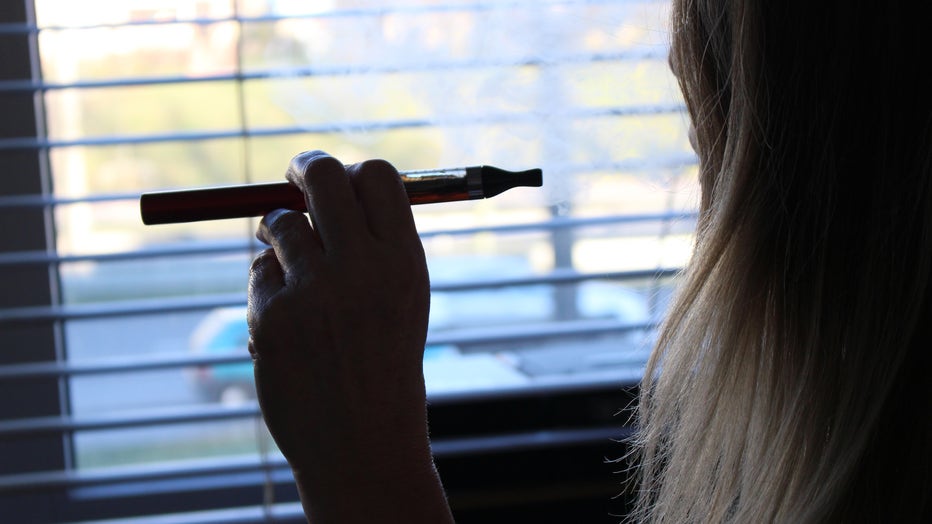 A file image shows a woman smoking an e-cigarette. (Photo by Michal Fludra/Corbis via Getty Images)

The Cincinnati-based company, which operates the Ralphs, Harris Teeter and other stores, joins other major retailers like Walgreens and Walmart in its decision to no longer sell the products.

The vaping industry has come under intense scrutiny after hundreds of people have fallen ill after using vaping devices, with several deaths reported.

According to the Centers for Disease Control and Prevention, there have been 18 confirmed deaths related to vaping in 15 states. Another 1,080 lung injury cases associated with using e-cigarette products have been reported in 48 states and one U.S. territory, the agency noted.

Last month, President Donald Trump announced a plan to ban thousands of flavors used in e-cigarettes, responding to a recent surge in underage vaping that has alarmed parents, politicians and health authorities nationwide. Officials said the U.S. Food and Drug Administration was working to create guidelines on the ban.

Meanwhile, a Mayo Clinic study published last week in The New England Journal of Medicine said the injuries may be caused by toxic chemical fumes.