WHITE HALL TOWNSHIP, Pa. - Alyssa Wruble spends a lot of time at the rink. Sometimes, the 17-year-old spends two sessions a day on the ice and two more gym sessions.

Her hard work and lifelong love of hockey has helped her become the only girl on Northampton's club ice hockey team.

"She has two older brothers," said Alyssa's mother. "My mother-in-law used to say 'they're going to hurt her one day,' and it's just made her tougher."

Her strength was tested last week during her game against Parkland's club team. Opposing fans allegedly targeted Alyssa as the only female and started hateful chants.

"When I skated over all I head was 'Wruble, you're a dude!' and apparently my uncle and my father also heard them saying that I have a penis," Alyssa said. 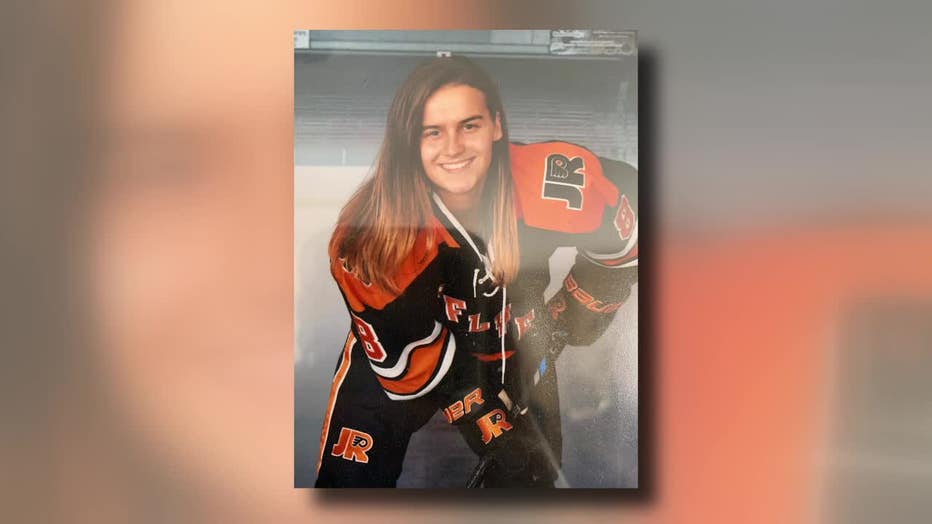 As a hockey player, Alyssa is used to competitive jeering, but she believes the comments hurled her way crossed the line.

"I get you can talk smack and stuff, but you don't have to go directly at someone and body parts of what they do and don't have," Wruble said.

Wruble recalls that the jeering lasted a long time and came from the Parkland student section. She says she didn't acknowledge the comments because she knew that's what the fans sought.

Unfortunatley, Wruble was unable to avoid the large poster fans pressed against the glass of the ring. The sign read "Alyssa gener reveal?" with both the male and female signs. 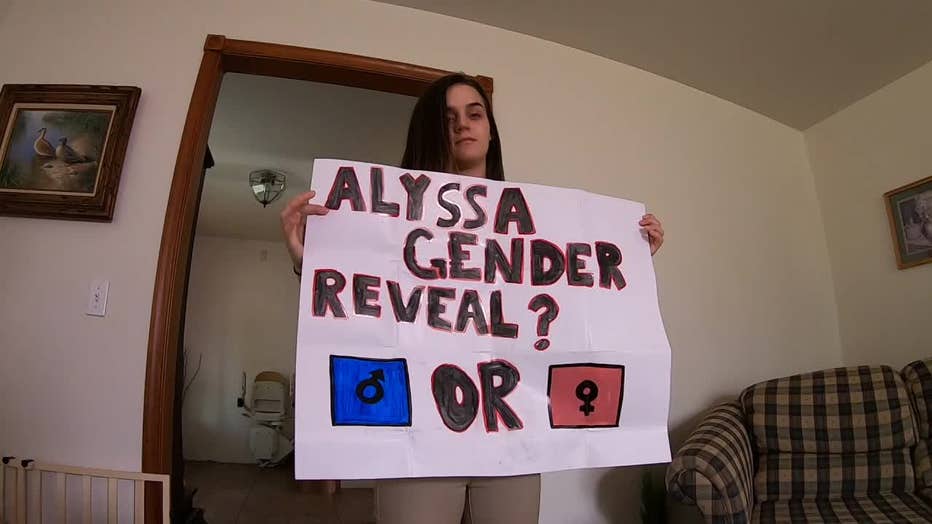 "No parent wants a sign like that about their child made about them," Alyssa's mother said. "Yeah i get the egging on and yeah its a game its intense but when you are coming at one particular player in such a way its brutal."

Alyssa went on to score two goals in the game.

"I just kept my head down, i just played and i just kept focused on the game," Alyssa said. "I wasn’t going to let them get into my head and ruin the game for me."

The Parkland club has since apologized directly to the Wruble family for their fans behavior. Still, Alyssa wants the fans to identify themselves and apologize also.

"If they would have just said sorry for whoever made it I would have been fine with that," Alyssa said. "I just want an apology out of the whole thing and i have yet to receive that and that’s what hurts the most."

Only time will tell if Alyssa will ever get the apology she deserves. For now, she will keep skating and scoring until things like this don't happen anymore.

"Any girl should be allowed to be as good as a guy, it shouldn’t have to matter what gender they are," Alyssa said. "If they wanna go play a sport you should let them, you shouldn’t bring them down for wanting to do something they love."

Parkland addressed the incident in a statement given to FOX 29 Monday night.

"The Parkland Ice Hockey Club deeply regrets the actions of a group of fans regarding the bullying of Alyssa Wruble," Parkland Vice President Rob Bilger said.

"We, along with USA Hockey have a zero tolerance for bullying. Unfortunately, bullying has been an ongoing problem for years in the LVSHL(Lehigh Valley Scholastic Hockey League) and it needs to stop."