BUCKS COUNTY, Pa. - Tuesday is election day and there's a big push to get people to the polls, but in Bucks County, one tactic may have been taken too far. Letters are showing up at homes and some think it's a way of shaming them into voting. The information is legally available; however, some residents are still upset.

The letter begins asking, “What if your friends and neighbors knew whether or not you voted?" 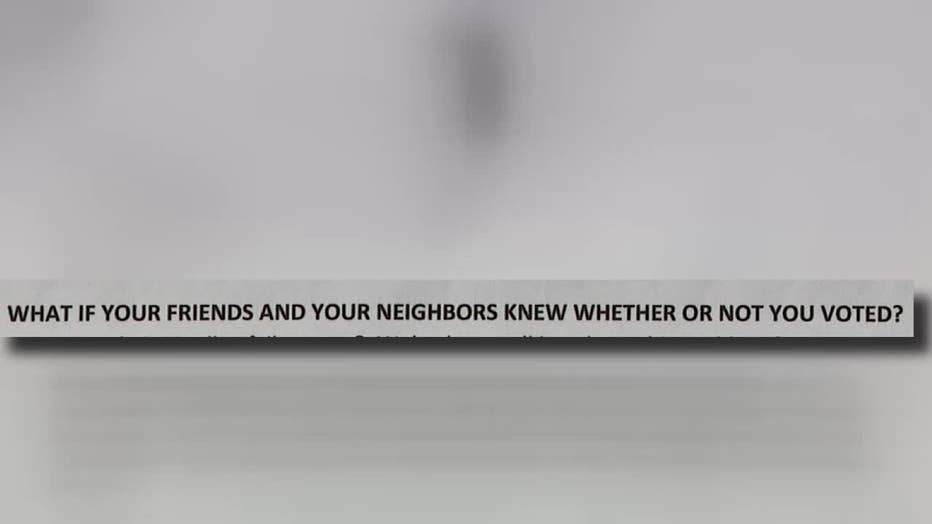 "You get something like this and you're just very concerned," Judith Zeek told FOX 29.

The letters were sent out all around Bucks County from an organization calling themselves "The Bucks County Turnout Commission." It lists names, addresses and voting records, which date back to 2015. The letter also gives a grade on voter participation.

"It's funny they gave me an F and I vote all the time," Zeek said.

The Bucks County Board of Elections says that they have no affiliation with this organization.

Officials tell FOX 29 all you need to get the information yourself is to fill out a form.