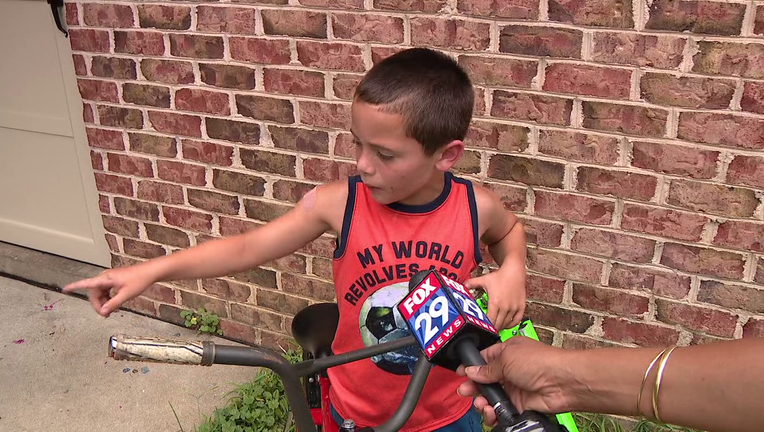 BETHLEHEM, Pa. - It was a close call for a boy who narrowly missed being struck by lightning while he was outside playing in Bethlehem, Pa.

6-year-old Juniel Velez was trying to get inside his house as a violent storm quickly rolled in over the 800 block of Argus Court on Sunday.

Juniel says the lightning bolt hit the ground near him.

"I dropped the bike. I ran inside and the other one came," Juniel said.

A second lightning strike struck the sidewalk, just inches away as the boy scurried in the door. The 911 call came into Northampton County emergency around 9:20 p.m.

Juniel received several stitches to his mouth after falling off his bike.