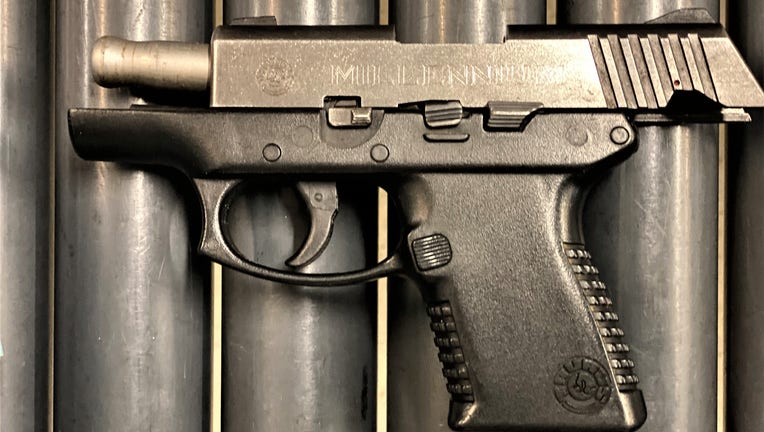 TSA agents on Tuesday allegedly found a loaded and stolen handgun inside a man's carry-on bag.

PHILADELPHIA - Transportation Security Administration (TSA) officials said a local man was arrested Tuesday for trying to board a plane at Philadelphia International Airport with a loaded and stolen handgun inside his carry-on bag.

The .40 caliber handgun was loaded with eight bullets when TSA agents made the discovery at a security checkpoint, according to an agency spokesperson.

TSA alerted the Philadelphia Police Department who seized the gun and arrested the suspect. It was later learned by police that the confiscated firearm was reported stolen, authorities said.

The unnamed suspect is facing "stiff federal financial civil penalty" for trying to bring a loaded handgun onto an aircraft. The fine, according to the TSA's website, can stretch to thousands of dollars.

Passengers can fly with a gun inside their carry-on bag as long as it is properly packaged and declared, the agency said. However, a firearm must be unloaded and packed in a hard-sided case, and stored separately from ammunition.

So far this year, TSA agents have seized seven guns at the Philadelphia International Airport. Last year 26 guns were found inside carry-on luggage, which was a two-year high despite the pandemic's suppression of air travel.