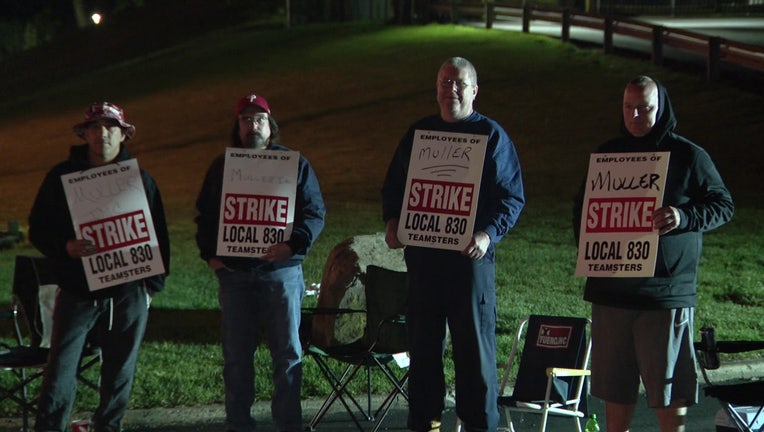 PHILADELPHIA - Teamsters Local 830, a union that represents workers in the regional beverage industry, went on strike against the Delaware Valley Importers Distribution Association on Sunday at 12:01 a.m.

Picket lines went up on Sunday at three big beer distributors in the Philadelphia region: Penn, Origlio and Muller locations. Picket lines will remain up until the dispute over the rejected contract is settled.

Officials: Wharton State Forest wildfire could be 'largest in N.J. in 15 years,' natural causes ruled out

Secretary-Treasurer of Teamsters Local 830, Daniel H. Grace says that the dispute started over compensation and the excessive shifts that members are expected to work.

"The hardworking members of Teamsters Local 830 have had enough. The last contract proposal put forth by the Delaware Valley Importers Distribution Association was, quite frankly, insulting. Twelve-hour shifts for five or six consecutive days. That’s excessive." said Grace.

The strike comes just weeks before the July 4th holiday weekend, which is one of the most profitable times of the year for beverage sales.

Grace says the strike may leave the beverage shelves at many stores empty, but the Delaware Valley Importers Distribution Association can end this quickly if they give members of the union a fair contract. Until then, he says, the union will remain on strike.