Martino Cartier, is known for doing things big, even when it comes to helping others!

PHILADELPHIA - A local celebrity stylist who believes in the power of doing good for others has donated more than 25,000 wigs to women battling cancer through his charitable organization ‘Wigs & Wishes.’

Martino Cartier, owner of Martino Cartier Salon in Sewell, New Jersey, is often known for his larger-than-life energy. He wears sparkling shirts and jewelry, has shows on shopping networks, and has worked with some of the most recognizable faces in entertainment.

His personality is about doing things big, and that includes helping people.

"I don’t care if you’re atheist Christian, Catholic, Baptist, Muslim, Buddhist, it’s just a law of life and a law of gravity when you do something good for someone in return you feel better," Cartier said. 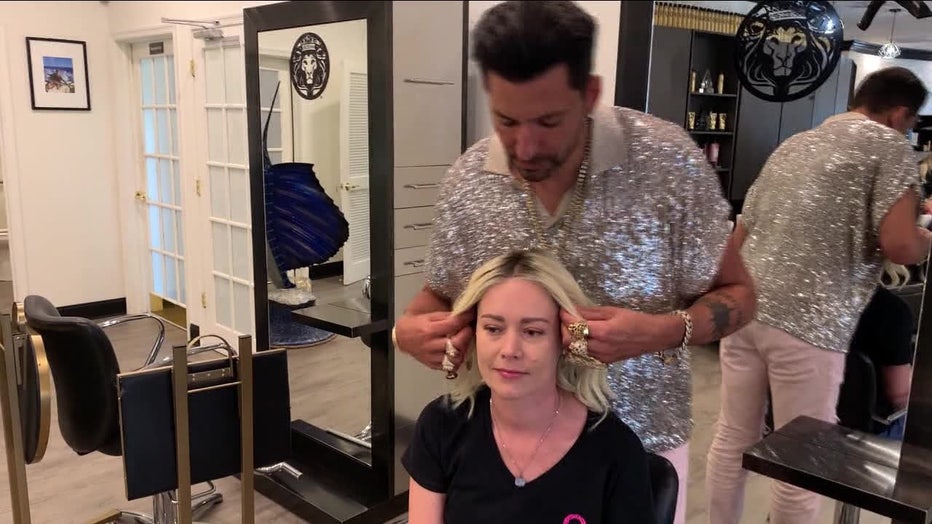 Wigs & Wishes, run by Cartier, now donates over 25,000 wigs a year to women battling cancer. One recipient named Britney, who was recently diagnosed with an aggressive form of breast cancer, wants Cartier to know how grateful she is for his unabashed kindness.

"Woman’s hair is kind of their identity it’s what makes them feel like a woman, makes them feel normal and pretty, and when you don’t have that cancer will kind of take over more you want to feel like you are yourself at all time." she said.

Wigs are only half of Cartier's charitable arm, he says they have granted several wishes with the help of big-named celebs like Justin Bieber, Adam Sandler Taylor Swift and Paula Abdul.