PHILADELPHIA - In the aftermath of a gun battle that left a Jersey City police officer dead, a Philadelphia police officer used his artistic skills to immortalize the fallen officer.

Detective Joseph Seal, 40, was one of six people who lost their life after authorities say two gunmen opened fire at a Kosher Market in Jersey City Tuesday afternoon.

Jonny Castro’s portrait of Detective Seals commemorates the fallen officer. In the portrait, Seals dons his detective hat and his uniform with a smile on his face.

Castro, a portrait painter of heroes who have been killed in the line of duty, is a U.S. Army combat veteran and also a forensic composite artist.

Detective Seals was a 15-year veteran of the Jersey City Police Department and leaves behind a wife and five children. 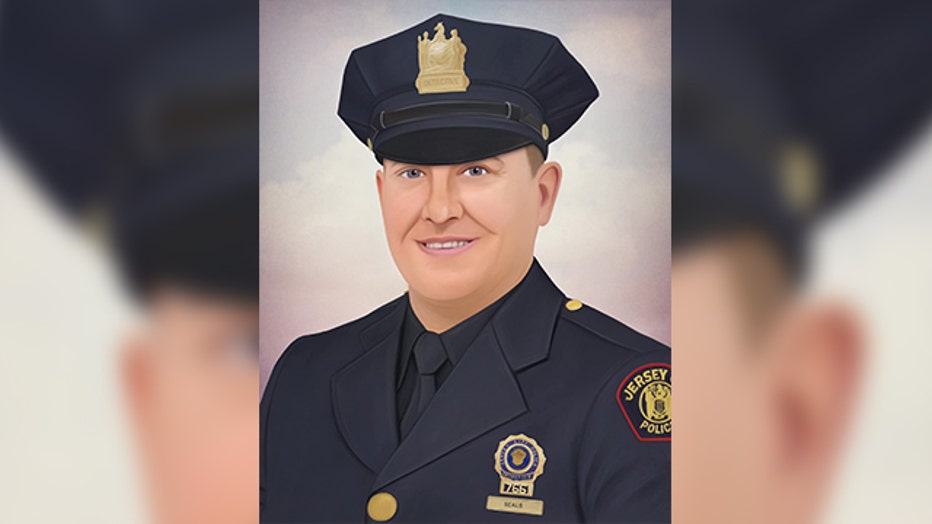 “Police Officers risk their lives every single day to protect the citizens of this country. They go out and do a thankless job because, believe it or not, they want to make a difference,” Castro wrote in his Facebook profile. “The reason behind painting portraits of these fallen heroes is to try and share who these officers were in life before they were taken from us.”

“It's a really tough day for the city of Jersey City,” Fulop said Tuesday. Seals “was one of the best officers for getting the most guns off the streets. He was a good cop.”

Detective Seals was credited by his superiors with having led the department in the number of illegal guns removed from the streets in recent years, and might have been trying to stop an incident involving such weapons when he was cut down by gunfire that erupted near a cemetery, authorities said.

Jersey City Police Chief Michael Kelly said the officer was trying to stop some “bad guys" near the cemetery. The gunmen then drove a stolen rental van to another part of the city and engaged police in a lengthy shootout from inside the kosher market, where five more bodies were found.