GLOUCESTER CITY - A train could be coming, but you might not notice it if you're driving along Route 130 in Gloucester City. Locals are fearful that the intersection near Klemm Avenue does not have signage to warn motorists of incoming trains.

Elenie Spies says her boyfriend took a photo of a train crossing the highway during the early morning hours. Since it was still dark outside, the passing black train blended into the surroundings. The traffic light was also still green. 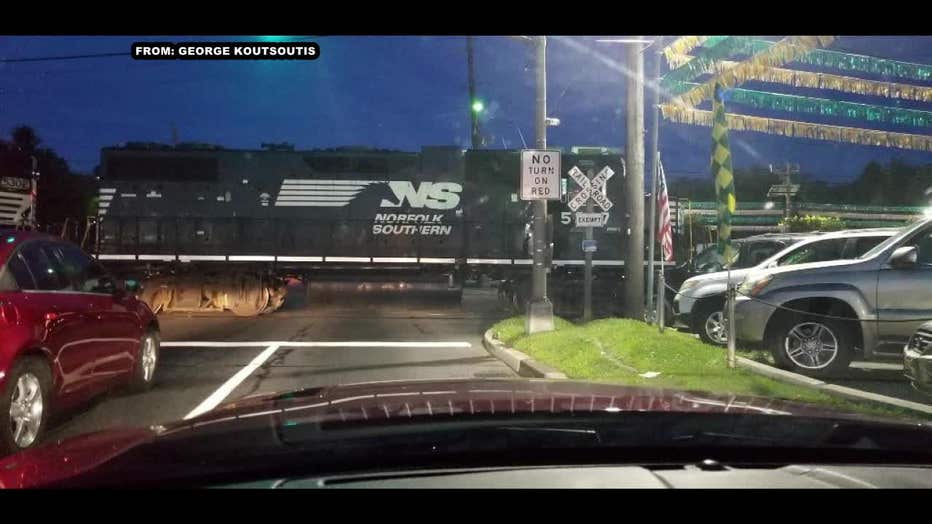 "It was very difficult to see, so if you're looking at the green light and you're not paying attention to the train, you're definitely going to get hit," Spies said.

A rail expert told FOX 29's Hank Flynn that small signal boxes on the roadside are used by crewmen to change the traffic lights so the train can cross.

Local business owner, Harry Capozzolli, says that he has seen rail workers ground-guide the train. A trainman will walk across the street with his hands up to stop traffic so the train can pass through safely.

The trains cross Route 130 near Klemm Avenue infrequently; sometimes three times a day, sometimes not at all.

Capozzolli says he is all for safety, but he has never seen a mishap because of the tracks.

"Everything can be made safer - with gate arms or whatever - but I have never witnessed an accident there in the 13 years I've been here."

FOX 29 reached out to the New Jersey Department of Transportation who directed us to Conrail. The railroad company says they are working to investigate signal improvements at the crossing.