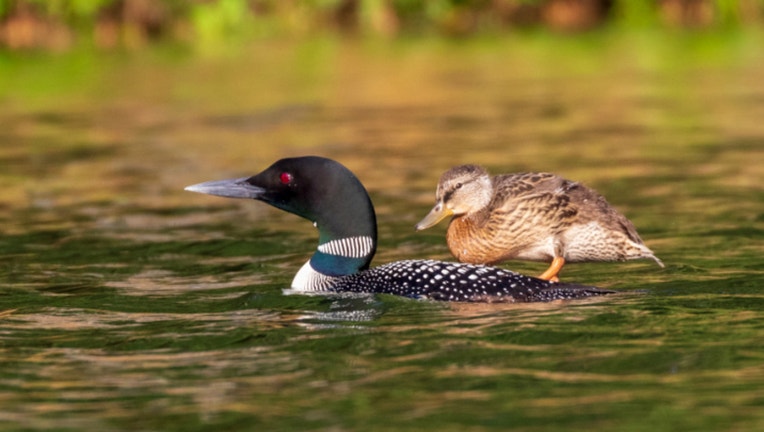 RHINELANDER, Wis. - In the wild, their species are usually natural enemies, but a couple of loons in northern Wisconsin are treating one lucky duck like a member of the family.

"They are pretty territorial and they actually go after the ducks or the merganzers, so to see one being taken care of is actually pretty amazing because they normally don't like ducks," said Linda Grenzer, who took photos of the odd grouping.

A team of researchers from The Loon Project spotted a pair of loons who have apparently adopted a mallard duck on a lake between Rhinelander and Minocqua last month.

The researchers believe the loons lost a recently hatched chick of their own, came across a duckling that had been separated from its family and decided to take the baby duck under their wing. 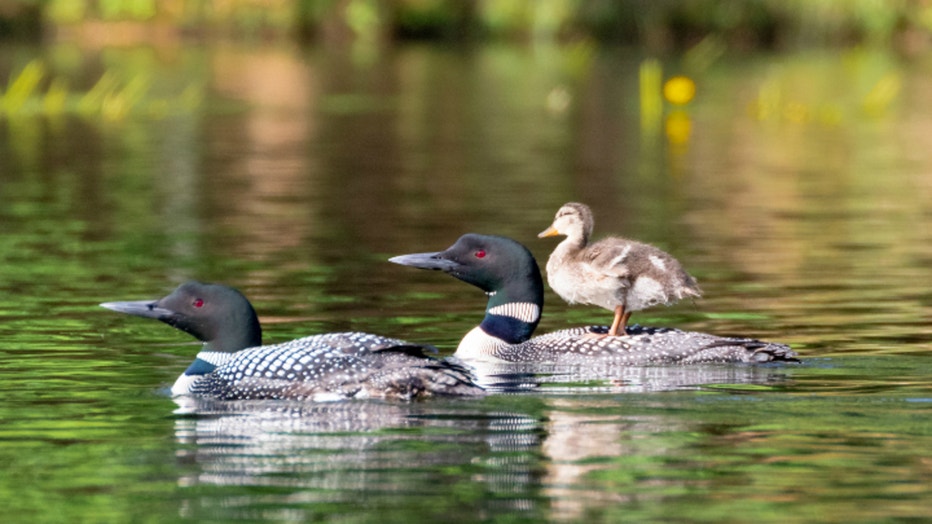 Researchers say the duckling is not only surviving with its foster parents, it’s thriving by picking up some very loon-like behaviors. It not only rides on its parents’ backs and eats the steady diet of small fish they feed it, the duckling has learned to dive for food on the lake bottom like its foster parents instead of foraging in shallow water or on the shoreline like other mallards.

“Many of us have trouble accepting others that are unlike ourselves,” said Piper. “Look at loons. They are accepting another species, protecting it and raising it as their own. So, it’s a touching and beautiful heartwarming sight."

Researchers say the duckling is nearly old enough to spread its wings and leave the proverbial nest, but watching these unlikely allies in this natural experiment is no reason to cry fowl.

"I just hope down the road the duckling learns to be a duck because it's got too many different characteristics from a loon to survive,” said Grenzer.