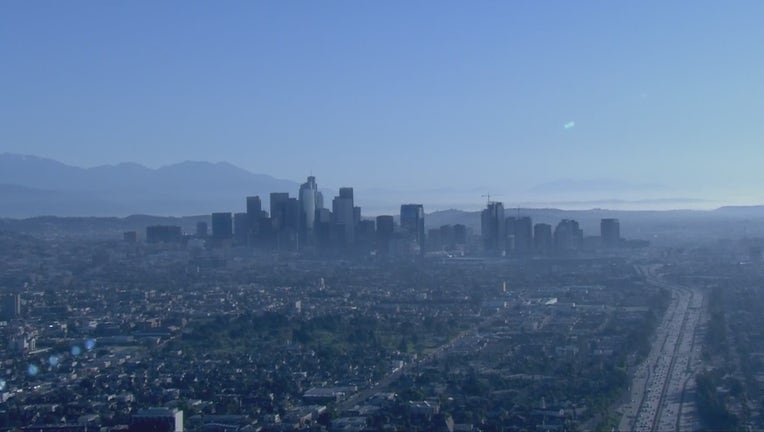 LOS ANGELES - Based on high housing costs and a decline in job growth, California cities like Los Angeles, San Francisco and San Jose have proven less resilient during the pandemic, according to a ranking of economic vitality by the Santa Monica-based Milken Institute released Wednesday.

San Francisco and San Jose fell steeply from the top and fifth place of last year's rankings for large cities to land at 24th and 22nd. Los Angeles ranked 93rd, placing it in the third tier of large cities, down 40 rungs from its 2020 ranking. San Diego placed 49th, earning a spot among Tier 2 cities.

"The pandemic has had an outsized impact on cities where the economic effects of the current recession are exacerbated by high housing costs,'' said Kevin Klowden, executive director of the Milken Institute Center for Regional Economics and California Center.

"By measuring for factors such as jobs, wages and high-tech growth, the Best-Performing Cities Index offers analysis of how metro areas have fared based on the resilience of their local economy. And by incorporating data designed to gauge inclusivity, it provides important insights into how cities will be prepared to meet challenges and opportunities for future growth post-pandemic.''

Housing affordability and broadband access were added as variables this year as proxies for inclusivity and broad-based economic growth. Metropolitan areas in the Intermountain West and South, able to offer cheaper housing and more jobs, moved up the ranks with Provo-Orem, Utah leading the large cities and Idaho Falls, Idaho grabbing the top spot among smaller contenders.

Job growth in both top-performing cities was driven by high-tech industry, while Provo-Orem in particular benefited from out-migration from California, according to the report. Cost-prohibitive housing has forced both high- and low-wage workers out of the Bay Area, Silicon Valley, Los Angeles' Silicon Beach and San Diego, as residents seek a combination of opportunity and affordability, according to the report.

The pandemic exacerbated this trend of out-migration, which may outlast lockdowns geared to slow the spread of the coronavirus.

"The shift to remote work that took place over the course of 2020 has become permanent in many firms and industries, including some of the highest-profile high-technology firms in the country,'' the report finds. However, researchers for the non-partisan, nonprofit think tank point to the opportunity for public policy to improve economic outcomes.

"Slowing economic dynamism due to pandemic stressors -- including business closures, reduced incomes, and a public health crisis -- caused California's metro areas to drop in the rankings on the 2021 Best-Performing Cities Index,'' the report finds.

"As we discovered through our rankings, cities perform best when they pursue innovative strategies that allow high-tech industries to grow while still providing affordable costs of living,'' said Misael Galdamez, senior policy analyst in the Milken Institute Center for Regional Economics. "This alignment provides a foundation for metro areas to become more resilient to economic shocks.''

The aim of the report -- published annually since 1999 -- is to allow policymakers, business leaders and residents to easily compare economic performance. This year, cities were grouped into five tiers to make analysis across peer groups easier, with only 13 metro areas in the top tier versus the previous 25.

Five Utah cities made the first tier, including Salt Lake City, which jumped up 21 spots to number four, while Idaho and Florida boasted four each in the first tier.

The Tier 1 large cities, ranked in order from number one, include:

The Tier 1 small cities, ranked in order from number one, include:

The full report, Best-Performing Cities 2021: Foundations for Growth and Recovery, is available at online.