BATON ROUGE, La. - The sponsor of a bill that would have subjected Louisiana women to murder charges for having abortions abruptly pulled the proposal from debate Thursday night after House members voted 65-26 to totally revamp the legislation, eliminating the criminal penalties.

The controversial bill would have ventured farther against abortion than lawmakers’ efforts in any other state. It would have made women who end their pregnancies subject to criminal homicide prosecutions.

"This is a thorny political question, but we all know that it is actually very simple. Abortion is murder," Rep. Danny McCormick, a Republican from Oil City, proclaimed as he opened debate. He noted that a majority of Louisiana lawmakers in the heavily Republican Legislature say they are anti-abortion, and briefly chided those abortion opponents who also oppose his bill. "We’re faltering and trying to explain it away."

But McCormick's measure had drawn increasingly strong opposition from many anti-abortion stalwarts. Gov. John Bel Edwards, an anti-abortion Democrat, said he would veto it. Louisiana Right to Life, the Louisiana Conference of Catholic Bishops, and the National Right to Life Committee were among the prominent anti-abortion opponents of the measure.

RELATED: Louisiana bill would make abortion a homicide. Would Plan B be illegal, too?

McCormick had just as strongly disagreed, saying a woman who has an abortion should be in the same legal position as a woman who takes the life of a child after birth. "When I give equal protection to the unborn, that's the possibility," he said in a Wednesday evening phone interview.

Supporters of the bill were adamant. Scores of them gathered at the Capitol to pray and show support. As the group watched from the House balcony as the bill was pulled, one shouted "Shame."

The House had not yet started debating the controversial legislation when the building was temporarily evacuated Thursday after the speaker interrupted proceedings and said an unknown, unclaimed package had been found in the capitol’s Memorial Hall — a gathering area between House and Senate Chambers. 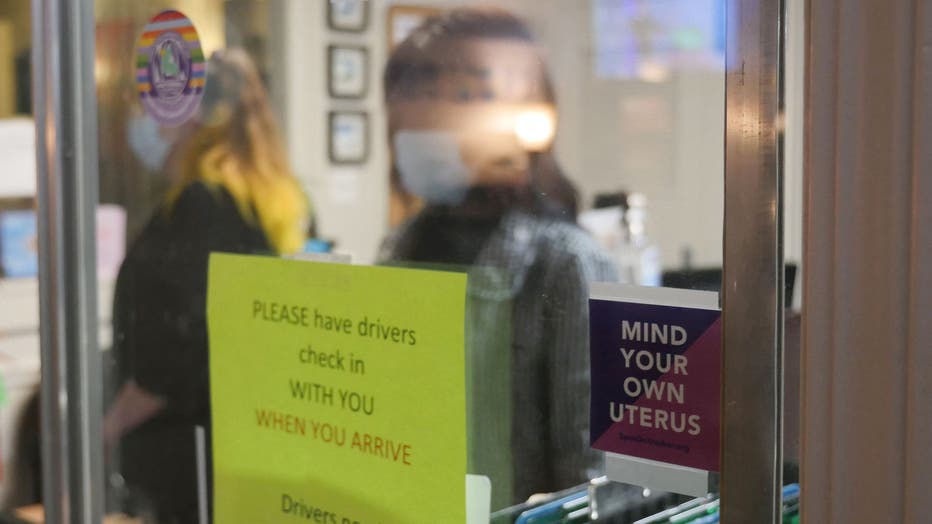 A sign reading "Mind Your Own Uterus" is taped on the check-in window at the Hope Medical Group for Women in Shreveport, Louisiana, April 19, 2022. (Photo by FRANCOIS PICARD/AFP via Getty Images)

It came on a day when legislation was already moving slowly as lawmakers tried to find a compromise on McCormick’s bill. The House recessed for more than an hour while lawmakers broke into groups behind closed doors to discuss the legislation.

Pending at the time was the amendment by Rep. Alan Seabaugh. The Shreveport Republican is an anti-abortion stalwart. But his amendment overhauled McCormick’s bill, declaring that women would not face criminal penalties for abortion. It also allowed abortion to save the life of a pregnant woman. And it eliminated language in McCormick's original bill that appeared to make contraceptive drugs and at least some aspects of in vitro fertilization illegal.

The amendment also stripped language from McCormick's bill widely regarded as blatantly unconstitutional — a declaration that any federal law, regulation or court ruling that allows abortion is void and that any judge who blocks enforcement of the bill’s provisions could be impeached.

"We can't grant ourselves the power to order a court to rule future acts unconstitutional," Seabaugh argued. 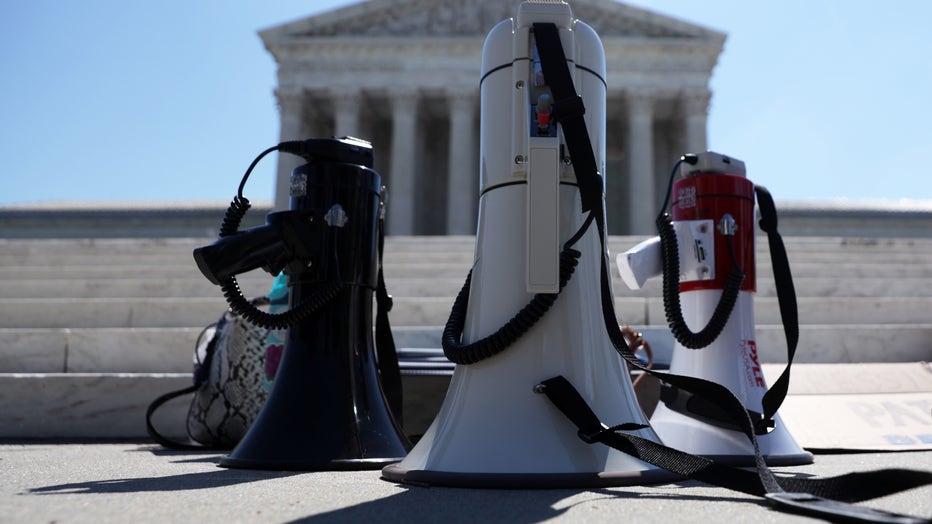 WASHINGTON, DC - JUNE 29: Bullhorns are placed on the ground during a demonstration in front of the U.S. Supreme Court June 29, 2020 in Washington, DC. (Photo by Alex Wong/Getty Images)

The amendment mirrors a pending Senate bill aimed at tightening up Louisiana abortion laws that would go into effect if Roe v. Wade is overturned. McCormick, as the sponsor, is unlikely to advance it in the House but the Senate version can still advance.

McCormick's bill, introduced in March, had drawn intense scrutiny in light of last week’s leak of a draft of a U.S. Supreme Court opinion indicating the high court is preparing to overturn decisions upholding a constitutional right to abortion.

There was no indication yet that lawmakers in other states are taking up similar legislation. In Idaho, Republican state Rep. Heather Scott has proposed prosecuting women who get abortions, but a committee chairman said Friday he would not allow it. "There are still reasonable people in the Legislature who are going to ensure that extreme bills like that are not going to get a hearing," Rep. Brent Crane said.

Louisiana already has laws on the books criminalizing abortion, including a "trigger law" ensuring that it will be a crime if the Supreme Court reverses the Roe vs. Wade, the 1973 ruling establishing abortion rights. The statutes appear to exempt women from prosecution, although some abortion rights advocates have suggested they need tightening.

McCormick has said the existing laws are inadequate to give fetuses equal protection under law.