Made in America festival to kick off Saturday

FOX 29's Kelly Rule reports from the Ben Franklin Parkway, where the Made in America festival kicks off Saturday.

PHILADELPHIA - The Made In America Festival is returning for its eighth year on the Benjamin Franklin Parkway and city officials have released road closures and traffic restrictions ahead of the two-day musical festival to help prepare residents and visitors. 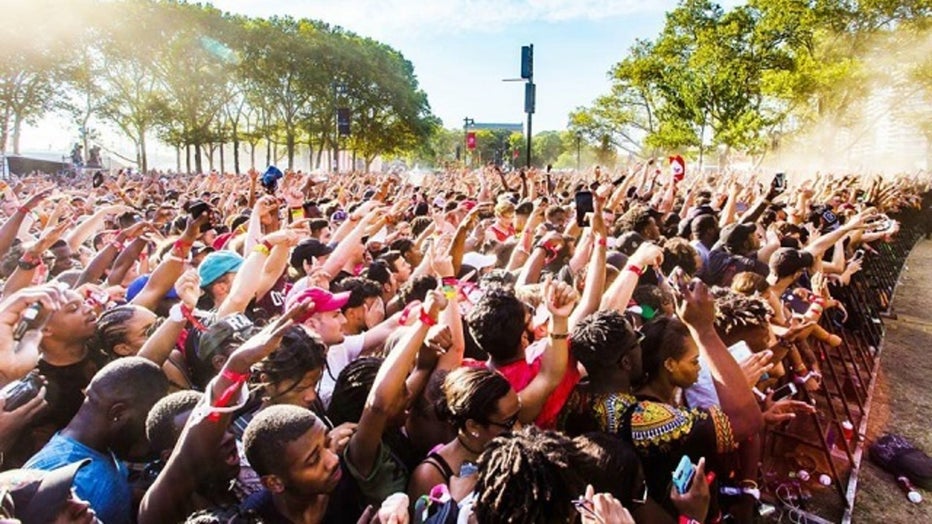 Gradual road closures along the Benjamin Franklin Parkway and the Fairmount section of the city will begin on Aug. 25.

The most extensive road closures and parking restrictions around the festival site will begin at 3 a.m. on Aug. 31, and will remain in effect through the duration of the event. Many of the road closures listed below will be lifted prior to 5 a.m. on Monday, Sept. 2 as roads are cleaned and serviced. All roadways are expected to be reopened before morning rush hour on Sept. 3.

A full list of road closures and restrictions are listed below:

– Cross traffic on numbered streets will be permitted

– Behind the Philadelphia Museum of Art

– NOTE: The rear of the Philadelphia Museum of Art will be accessible to museum guests via a special route (Fairmount Avenue, to Pennsylvania Avenue, to 25th Street/Anne d’Harnoncourt Drive)

– 23rd Street, between the Benjamin Franklin Parkway and Fairmount Avenue

– 2100 block of Pennsylvania Avenue, between the Whole Foods store and 21st Street

– NOTE: The eastern half of the block, from the Whole Foods Market to 20th Street, will remain open to allow access to the store

– Pennsylvania Avenue, between 22nd Street and Fairmount Avenue (south side of street)

– Winter Street, between 20th and 22nd Streets (both sides of street)

– 20th Street, between Vine and Callowhill Streets (east side of street)

– 21st Street, between Benjamin Franklin Parkway and Race Street (both sides of street)

– 22nd Street, between Winter and Spring Garden Streets (both sides of street)

– Park Towne Place, between 22nd and 24th Streets (both sides of street)

Officials say SEPTA Customer Service will extend its hours of operation on both Saturday and Sunday to help residents and visitors.

Law enforcement and security measures will be increased during the festival. Philadelphia Police Deputy Commissioner Dennis Wilson says officers will be out in force — both in uniform and plainclothes. The main issues are fence jumpers and underage drinking.