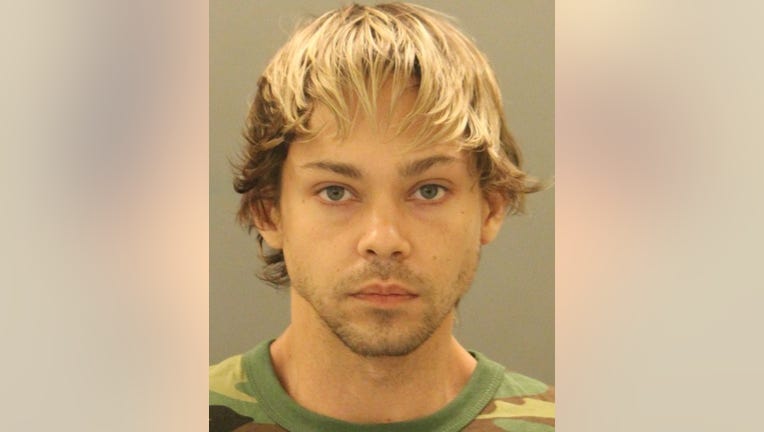 According to police, on multiple occasions Carousel Park staff reported arriving at work to find New Castle County lesson ponies with cords tied around their legs just above the hoof.

Investigators say one of these incidents resulted in a 17-year-old black and white mare having an injury to her rear legs and difficulty walking.

Detectives discovered a similar incident had also been reported in September of 2019, which involved a 20-year-old mare. She was found in the morning to have a length of cord tied around one of her rear legs that caused the pony to be in severe pain, police said.

Police reviewed the security footage and saw an unknown man entering the barn after midnight on the nights in question, according to investigators.  The detectives determined that this was the same suspect from the previous incidents.

On Monday, April 20, detectives were notified of another assault on a 31-year-old brown mare. Investigators say when they reviewed this footage from the surveillance system, they observed the same male suspect retrieving a feed bucket from the barn and entering the mare’s stall.

According to police, the suspect was seen tying up the rear legs of the mare, removing articles of clothing, and ultimately sexually assaulting the horse. The suspect was unable to be identified due to clothing over his face.

Police say early Thursday morning, detectives were conducting surveillance of the stables and observed a male suspect looking into another pony’s stall.  The suspect was then seen entering the stall and tying up the rear legs of the pony, according to investigators.