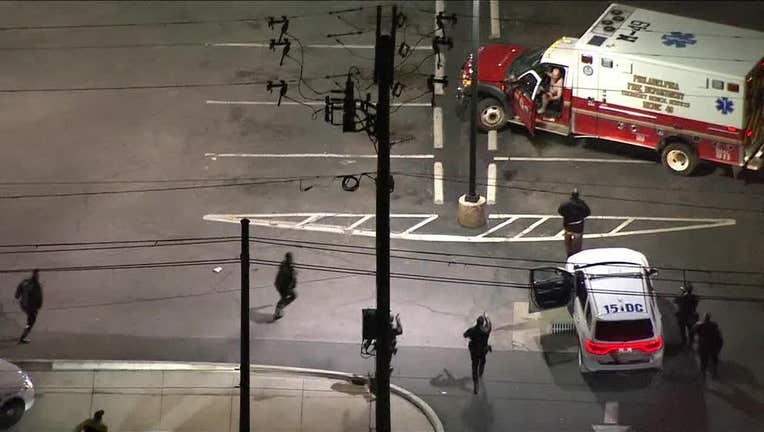 NORTHEAST PHILADELPHIA - Authorities have announced charges against a 42-year-old man accused of stealing an ambulance and leading police on a lengthy pursuit through Northeast Philadelphia Friday night.

Shortly before 9 a.m. police say security at a hotel on the 7600 block of Roosevelt Boulevard witnessed a woman, 43, running from a room and screaming for help and a shirtless man bleeding from the face leaving the same room.

Security workers took the woman to safety while they waited for paramedics to arrive.

A short time later, Philadelphia Fire Department Medic Unit 49 was dispatched to the location for a possible assault. Medics made contact with 42-year-old Mark Giwerowski and provided him first aid for his injuries.

At that time, authorities say Giwerowski became combative towards firefighters, and they contacted police.

Officer Timothy Kelly and his partner responded to the scene and arrived to find Giwerowski yelling and climbing into the driver’s side door of the ambulance.

Giwerowski then attempted to flee in the vehicle as police and fire personnel attempted to stop him. Police say Giwerowski reversed, striking Officer Kelly with his door and nearly striking his partner.

Officer Kelly remained at the door and ordered Giwerowski to exit the vehicle, but police say those commands were ignored. That’s when Giwerowski allegedly drove toward Officer Kelly, prompting the officer to draw his weapon and fire through the driver’s door, striking him three times.

A pursuit ensued as Giwerowski led dozens of officers on a pursuit that lasted over an hour. During the pursuit, he struck an occupied civilian vehicle near Cottman Avenue and Roosevelt Boulevard. Giwerowski took off after the collision and later struck a total of three unoccupied police cars. 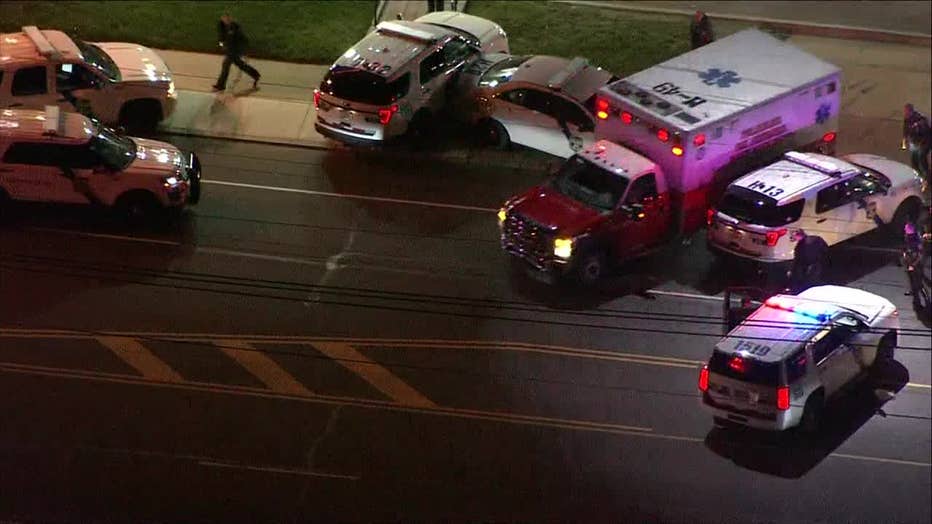 Pennsylvania State Police deployed spike strips, which flattened the ambulance’s tires and eventually brought it to a stop on the 2700 block of Tolbut Street.

After a brief struggle, officers tased Giwerowski and took him into custody.

Giwerowski was taken to Jefferson-Torresdale-Hospital and listed in critical condition with gunshot wounds to his lower extremities.

Officer Kelly was hospitalized but was treated and released. The occupants of the civilian vehicle that was struck were also taken to the hospital.

SKYFOX is live over a stolen ambulance chase in Philadelphia.

"While we are relieved that injuries to all involved weren’t more severe, the discharging of a firearm remains the most serious action a police officer can undertake," said Police Commissioner Danielle Outlaw. "Accordingly, we will ensure that a thorough, complete and objective investigation is conducted. In addition, as is the case with all vehicle pursuits, the entirety of this pursuit will be internally reviewed."

Giwerowski is facing a number of charges including robbery, carjacking, unauthorized use of an automobile, and fleeing police.