The chief says the thief stole a pricey radio from his vehicle.

LEVITTOWN, Pa. - - A man was caught on camera stealing from the Levittown fire chief's vehicle while he was at the hospital for the birth of his daughter.

On Sunday around 2 a.m. while feeding his newborn Maggie Patricia in the hospital, Volunteer Fire Chief Chris Shortt's home security cameras sent an alert to his cell phone.

"Looked at it and saw that somebody was going through my chief’s vehicle here and rummaging through it—stole a sweatshirt and a portable radio," he told FOX 29.

The man on the video has a beard with glasses and was wearing a knitted cap. Shortt says the man stole a $7,100 portable radio. 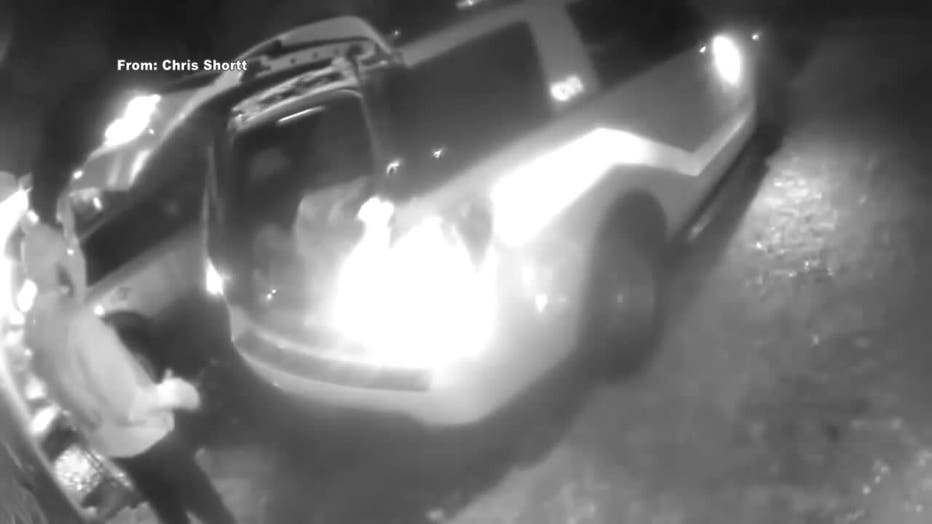 The vehicle was left open because another volunteer was supposed to use it while Shortt was away for the birth of his child. In the rush, it slipped his mind to remind them to pick it up.

The video of the thief has been sent to the police and posted online.

If the radio is not covered by insurance, fundraising like the sale of Christmas trees must cover the cost of a new one. The county has disabled the radio.

Overall, these are happy days for the new dad. He’s hoping for just a little more good news.

“It was a good day. Try to stay positive. Hopefully, police will get this guy or somebody will turn him in," he said.