FOX 29's Marcus Espinoza reports on the explosives used to blow up ATMs in Philadelphia and an arrest has been made.

PHILADELPHIA - Authorities are investigating after another night of reported ATM explosions across Philadelphia as state officials announced they've arrested a man for selling what he advertised as "dynamite" on social media.

FOX 29's Steve Keeley was outside the Trust Deli on 26th Street and Brown Street where an in-store ATM explosion caused the exterior wall to send shrapnel flying into the street. The explosion left a gaping hole in the store's wall and caused damage to at least two cars on the street. 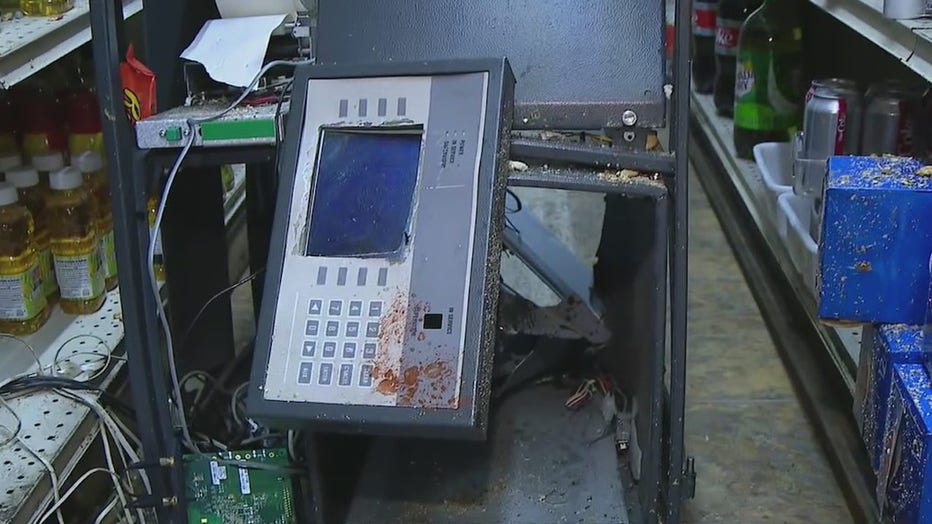 The machine was reportedly already broken, so there was no money inside.

Across the city, on 50th Street and Market Street, another attempted ATM explosion caused police to field several calls. Luckily, the blast was not strong enough to breach the machine's steel casing.

MORE: Police: Man, 24, dies in one of several reported ATM explosions in Philadelphia

Investigators say a suspect threw an incendiary device at the ATM machine inside the station's market. An employee was inside but was not hurt.

In Drexel Hill, another ATM machine was struck outside of a strip mall on the 4300 block of Township Line Road. Alcohol, Tobacco and Firearms agents were on the scene Wednesday morning. No word on the circumstances around the explosion. 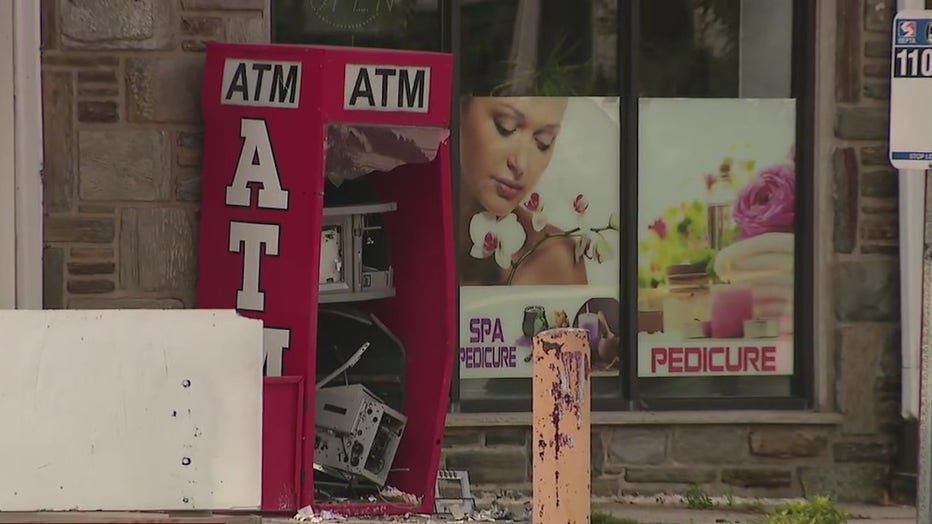 A mangled heap of twisted metal and plastic is all that's left of a walk-up ATM at an Olney-area Citizens Bank. The branch, located near the intersection of 5th Street and West Godfrey Avenue, was struck at some point over the last two days by an unknown person. It's unclear how much money, if any, the suspect stole.

On Tuesday, a 24-year-old man was killed during an ATM explosion. Police originally thought the blast caused the man's death, but it was later revealed that he was shot and killed.

Police Commissioner Danielle Outlaw said the thefts are believed to be “organized" and “coordinated" efforts and the federal Bureau of Alcohol, Tobacco, Firearms and Explosives is taking the lead in the investigation. 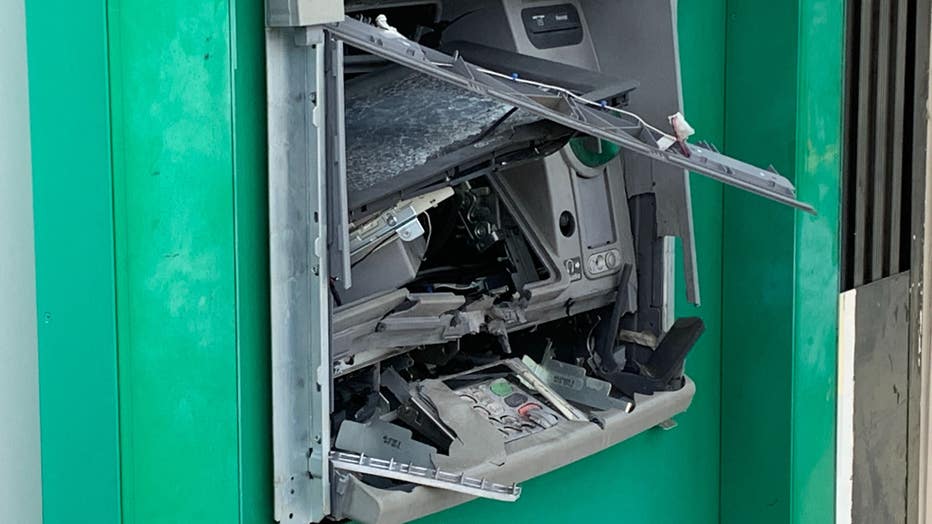 Outlaw encouraged any businesses with an accessible outdoor ATM to immediately take action.“We encourage those businesses that do have these private ATMs outside of their business or inside to ensure that the money is removed.”

According to police, most of the ATMs are being open or damaged with the use of M-250 or M-100 explosive devices, which are illegal in the state of PA and can carry an incredibly serious criminal charge if a person is found with one.

During a press conference Wednesday afternoon, Shapiro announced the arrest of Talib Crump, who is accused of selling what he advertised as “dynamite sticks” on the streets of Philadelphia.

Crump is charged with one count of possession of weapons of mass destruction, one count of risking a catastrophe, one count of criminal use of a communication facility, and related charges. 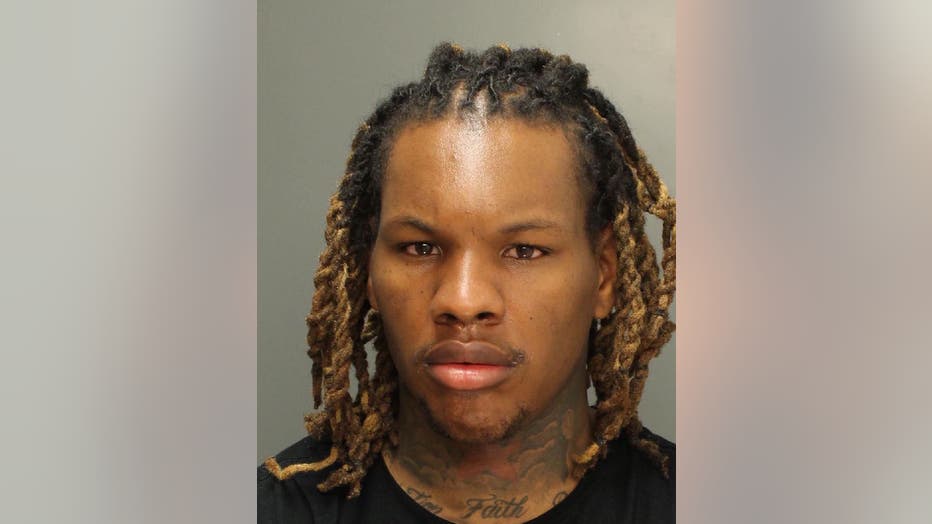 Talib Crump, 26, is accused of attempting to sell illegal, homemade dynamite in the Philadelphia area.