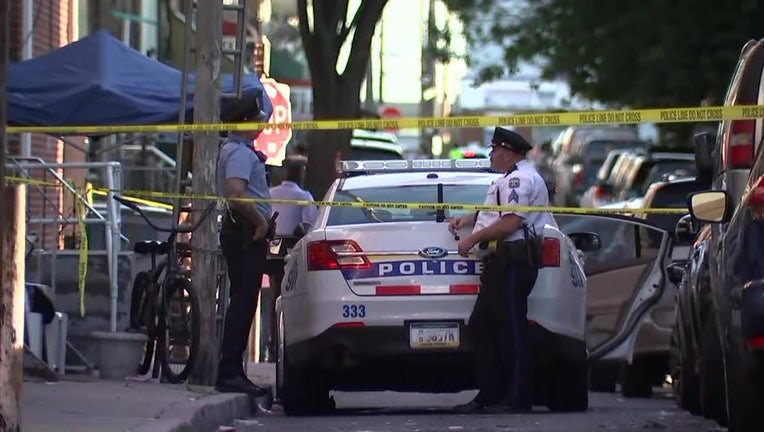 Police say a 25-year-old man was shot over a dozen times Saturday night in South Philadelphia.

SOUTH PHILADELPHIA - A young man is dead after police say he was brutally shot over a dozen times Saturday afternoon in South Philadelphia.

Officers were called to the 2400 block of South Sheridan Street just before 5 p.m. for reports of gunfire, according to the Philadelphia Police Department.

A 25-year-old man was found shot 15 times in the torso, four times in the arm and once in the shoulder, police said.

Officers drove the victim to Jefferson Hospital where police say he died.