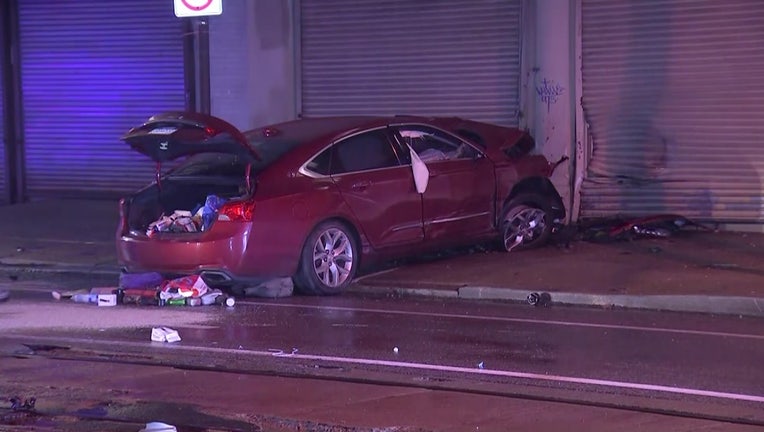 A man is dead after he slammed his car into a Family Dollar in West Philadelphia, police said.

WEST PHILADELPHIA - Authorities are investigating what caused a local man to crash his car into a West Philadelphia dollar store early Thursday morning.

Officers were called to the Family Dollar on 4700 block of West Girard Avenue around midnight after a Chevrolet Impala slammed into the store's security gate.

The driver, identified by police as Lonnie D. Johnson, was taken to Penn Presbyterian Medical Center where he died just after 2 a.m.

The crash caused damage to the store's security gate and front window, according to police. No other injuries were reported.