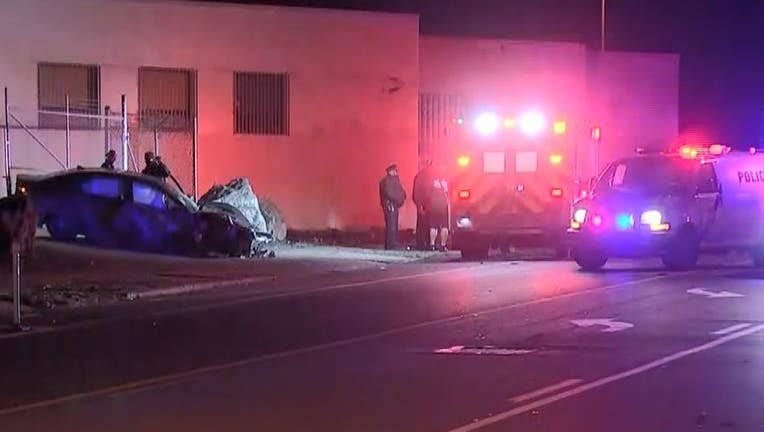 PHILADELPHIA - A man has died in a single-vehicle accident in North Philadelphia.

The incident happened just after 2 a.m. with police responding to several 911 calls for the report of a car accident at Ridge and Hunting Park Avenues.

When police and medics arrived, they found a 2021 Toyota Camry on the sidewalk. The vehicle had sustained very heavy front-end damage, according to officials.

Medics pronounced the driver of the vehicle dead on the scene at 2:31 a.m. He remains a John Doe at this time, but appears to be n his late 20s or early 30s.

Accident investigators are still processing the scene, but early investigation indicates that the driver was headed northbound on Ridge Avenue when it jumped a curb.

"There was such heavy impact, the right front tire was completely torn from the vehicle and the vehicle has heavy front-end damage and most of the air-bags, the front air-bags and even the side air-bags, did deploy, but the driver was pronounced dead on the scene," Chief Inspector Scott Small said.

Authorities say a semi-automatic handgun, two alcohol containers and narcotics were found inside the vehicle. However, it is not known at this time if the driver of the vehicle was under in the influence, authorities added.

The investigation remains ongoing at this time.