Man dies by suicide amid barricade situation on JFK Boulevard

A man has ended his life following a barricade situation at a Center City apartment.

PHILADELPHIA - A man has ended his life amid a barricade situation in Center City.

The incident unfolded shortly before 1 p.m. Tuesday at The Sterling Apartment Homes on the 1800 block of John F. Kennedy Boulevard.

Responding officers were met by a 66-year-old man who indicated that his roommate was in an argument with another male and fired a gun.

Police said that male opened up the apartment for them, but by the time they arrived, there was only one male inside, and he was deceased. 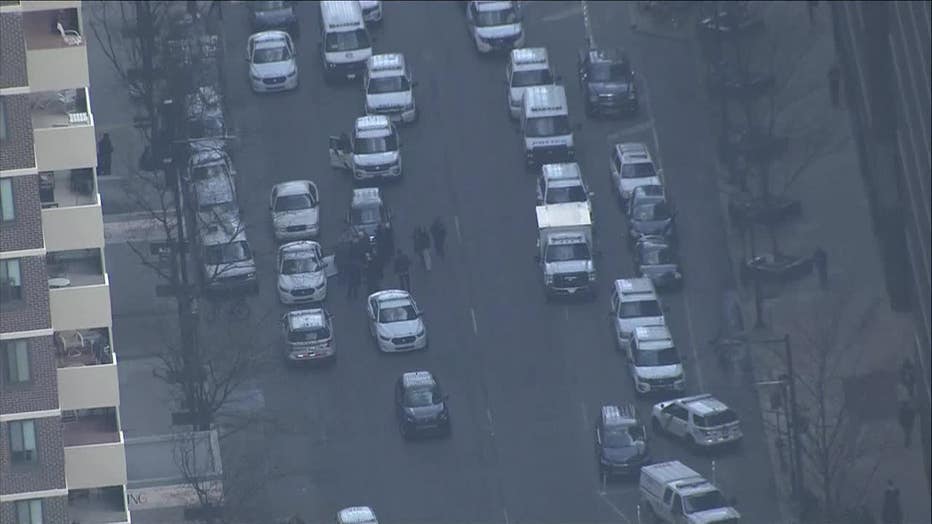 The third male inside the apartment remains unaccounted for. Authorities emphasized that they don't suspect anything of him, but they would like to talk with him further.

The barricade was lifted shortly after 2 p.m.