KING OF PRUSSIA, Pa. - A man jumped into action to help a woman unconscious in the parking lot at the King of Prussia Target.

It was last Thursday at the Target store in King of Prussia and it’s a day Andrew Thompson won’t soon forget.

"As soon as I walked out the door, I heard somebody yelling does anybody know CPR?" Thompson told FOX 29.

Without hesitation, the 32-year-old darted across the parking lot where a woman was lying on the ground unconscious and not breathing.

"Couldn't feel a pulse so I immediately started chess compressions, started the CPR process," he explained.

He continued CPR until medics arrived and took over. 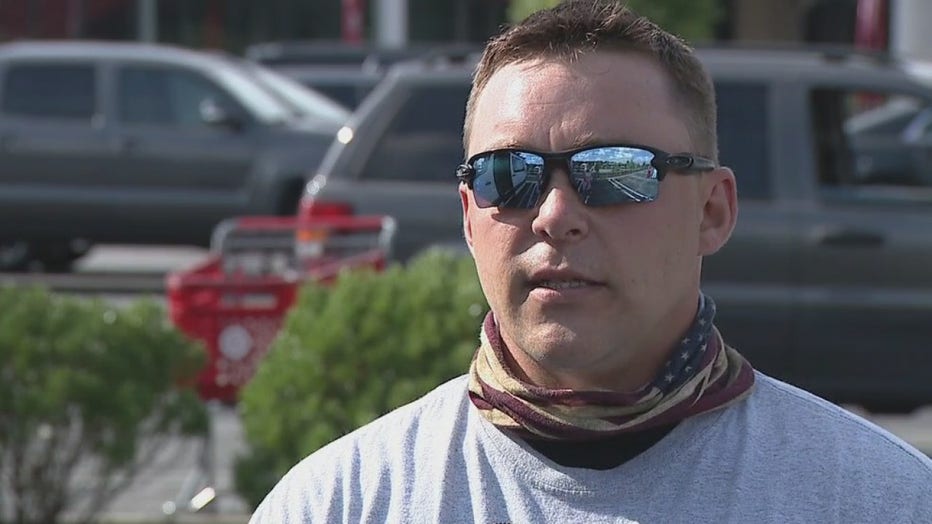 "That day to be honest with you, it was the military training that just kicked in, instinct," Thompson said.

Thompson is a Marine Corp veteran who served in Iraq and Afghanistan from 2008-2012.

Unbeknownst to him, Rick Molner was waiting in his car for his wife and witnessed the whole thing.

"I'm thinking to myself, this is guy hero. I mean it really it was amazing just to see someone who didn't care about anything but this woman's life," he said.

Molner decided to track down Thompson so he could get the recognition he deserved.

After learning, the veteran was out of work and struggling Molner offered Thompson a job at United Real Estate and is paying for his training.

"I can't praise him enough. I know he calls me a hero, but I'm no hero. He's the hero," Thompson said.

Sadly, the 54-year-old woman had underlying heart problems and did not survive but Molner was able to connect with her family.

"They're really thankful even though the situation turned out bad that I was there and responded," Thompson said.