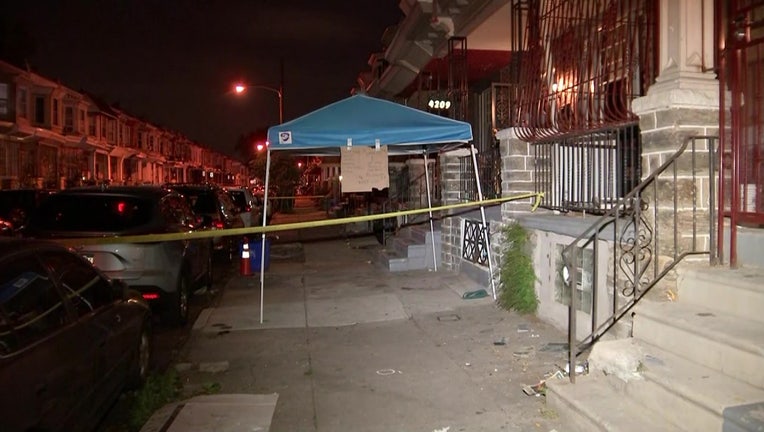 A man is dead and a woman is injured after police say an unknown shooter opened fire early Friday morning in Hunting Park.

HUNTING PARK - Philadelphia police say a man was killed and a woman was critically hurt during a shooting early Friday morning in Hunting Park.

Police say both victims arrived at Temple University Hospital after being shot on the 4200 block of North Franklin Street just after midnight.

A 35-year-old man suffered a gunshot wound to the mouth and died around 12:30 a.m., according to police. A 37-year-old woman who was shot in the shoulder is expected to recover.

Police did not report any arrests immediately after the deadly shooting. Investigators are working to determine a motive.