Police are searching for a man who they say shot and killed another man following an argument at a Germantown gas station.

GERMANTOWN - Investigators are searching for a man who they say shot and killed a teenager following an argument at a gas station in Germantown.

The deadly shooting happened before midnight Nov. 21 at the Sunoco gas station on the 100 block of West Queens Lane. The 19-year-old victim was taken to Einstein Medical Center where he died.

According to investigators, the shooting happened after the two men got into a "heated exchange of words" inside the gas station market. As the victim left the store, the suspect followed and shot him twice from the doorway. 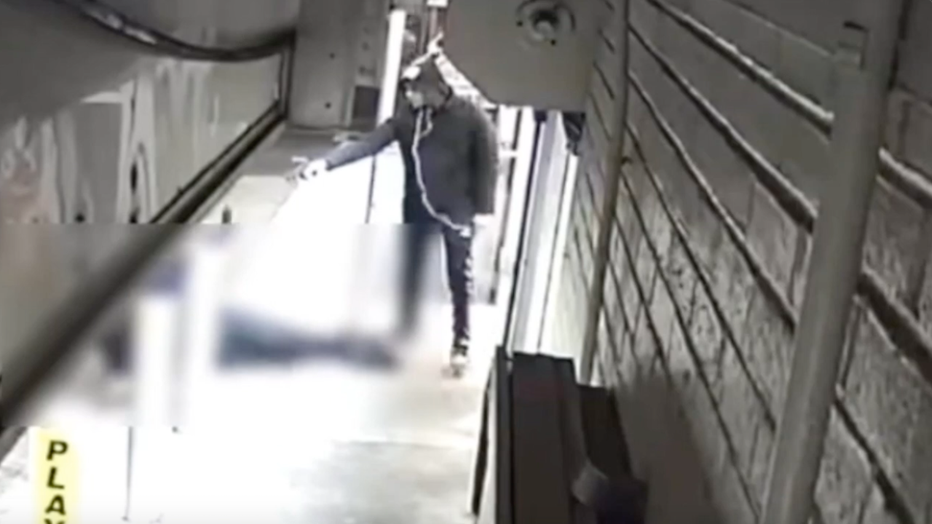 Philadelphia police are searching for a man accused of fatally shooting a man outside a gas station in Germantown.

Surveillance video released by police on Thursday shows the suspect shoot the victim several more times outside the store.

Police believe the suspected shooter is a Black man between 20 to 30 years old. He was wearing a black hooded sweatshirt and black Adidas track pants at the time of the shooting.

Anyone with information on this incident or the suspect's whereabouts is urged to contact detectives at 215-686-8477. The Philadelphia Police Department is offering a $20k reward for information leading to an arrest and conviction.