Andrew Pollack, whose daughter, Meadow, was killed in the 2018 school shooting in Parkland, Florida, delivered remarks in support of President Donald Trump at the 2020 Republican National Convention’s opening night on Monday.

WASHINGTON - Andrew Pollack, whose daughter, Meadow, was killed in the 2018 school shooting in Parkland, Florida, delivered remarks in support of President Donald Trump at the 2020 Republican National Convention’s opening night on Monday.

“I truly believe the safety of our kids depends on whether this man is reelected,” Pollack said in support of Trump.

Ahead of his speech, Pollack made an appearance on “FOX & Friends Weekend” on Aug. 23, where he said he was “honored” to speak at the mostly virtual RNC, claiming “teachers and students will be a lot safer with President Trump for another four years.”

Pollack has previously been critical of the Obama-Biden administration and what he referred to as their policies on “restorative justice programs.”

He said the programs allowed for a student to “assault a teacher, another student, rob an iPhone, steal drugs, and they would put them in a so-called ‘healing circle’ and they thought that would benefit students, which it really does the opposite. It sets them up for failure, and it lets them slip through the cracks, and that’s what happened in Parkland.”

During Monday night’s convention, Pollack criticized “far-left Democrats” who he said made the shooting that killed his daughter possible with policies he’s openly spoken against.

During Sunday’s “FOX & Friends” interview, Pollack shared his stance on gun control, saying, “the Second Amendment means more to me than it ever has.”

“My daughter was in that school – hundreds of calls to 911 and no one came in to save my daughter that day. She was shot nine times. So for me, it’s more important than anything to be able to defend my family and my friends if something ever happened,” Pollack said. 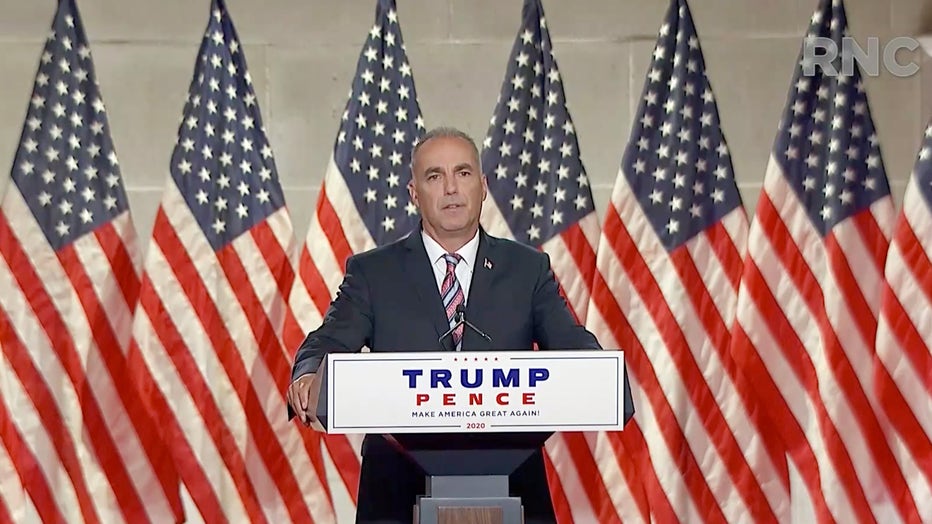 In this screenshot from the RNC’s livestream of the 2020 Republican National Convention, Andrew Pollack, father of Meadow Pollack who was killed in the 2018 Marjory Stoneman Douglas High School shooting, addresses the virtual convention on August 24,

“Democrats want to remove police officers from public schools, which is ludicrous to me. Under President Trump, that won’t happen, and I’m always here to support law enforcement when they need us most and that’s right now.”

Pollack founded The School Safety Grant, which works with law enforcement and schools to revamp technology and connect school security systems with first responders. The funding is aimed at providing tactical assistance to law enforcement to accelerate entry time and neutralize a potential suspect as soon as possible.

Last week, another parent of a victim of the Parkland shooting spoke at the Democratic convention.

Fred Guttenberg spoke about Joe Biden's compassion following the murder of his daughter at the 2018 school shooting at Marjory Stoneman Douglas High School.

Both fathers have become outspoken in politics since the death of their children speaking out from different sides of the aisle.

While Pollack spoke out against lenient policies that he said contributed to the massacre, Guttenberg has become openly critical of current firearms laws, speaking out in favor of gun control.

FOX News contributed to this story. This story was reported from Los Angeles.