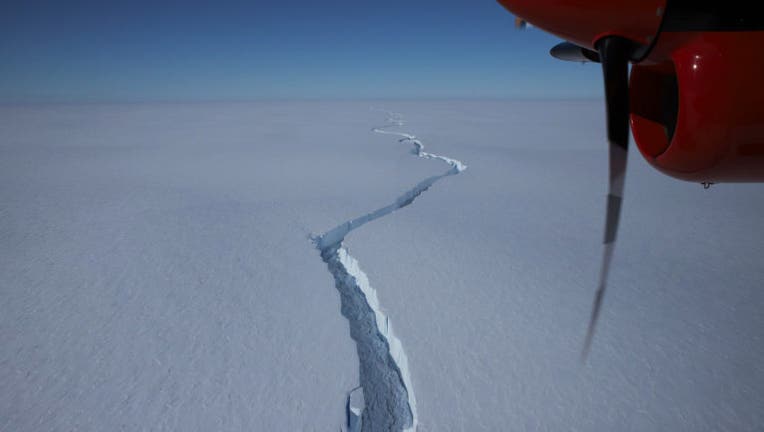 A massive iceberg, 20 times the size of Manhattan, recently broke off in the Antarctic according to the British Antarctic Survey.

Researchers said the iceberg measured 1270 km² and broke away from the Brunt Ice Shelf in a news release.

Scientists had been anticipating the crack over the past decade and don’t believe the split will damage the local research station. The station remains closed during the winter.

The first indication of the definite breakaway, or calving, came last November when scientists discovered other cracks, or chasms, in the ice shelf.

"Our teams at BAS have been prepared for the calving of an iceberg from Brunt Ice Shelf for years," Director of British Antarctic Survey Dame Jane Francis said. "We monitor the ice shelf daily using an automated network of high-precision GPS instruments that surround the station, these measure how the ice shelf is deforming and moving."

Researchers said they haven’t determined if there will be an environmental impact from the recent calving, but Halley Research Station 32 was moved further inland.

The BAS didn’t state a reason for the recent calving.

This story was filed from Los Angeles.