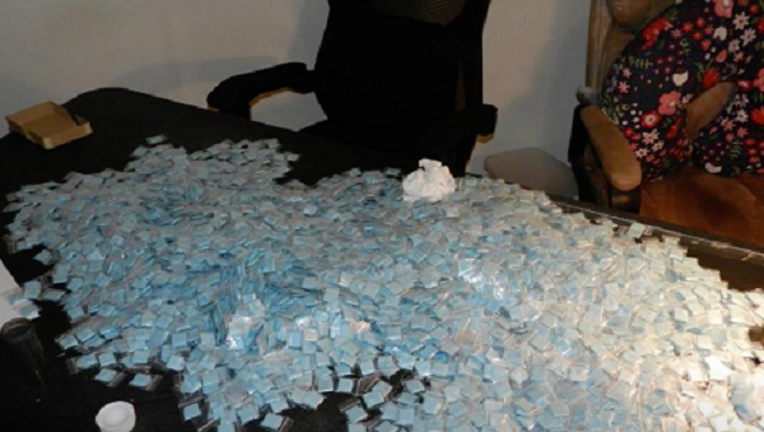 A United States citizen has been rescued safely, officials said, after a Mexican national reportedly kidnapped the victim. Along with the successful rescue, an international drug operation was disrupted.

The announcement was made Tuesday, with various Delaware and federal agencies stepping forward to explain how the drug trafficking led law enforcement officials from Bear, Delaware through King of Prussia and on to Sinaloa, Mexico in pursuit of the victim.

U.S. Attorney David Weiss of the District of Delaware stated Luis Raul Castro Valenzuela has been charged with kidnapping and hostage taking. He is also charged with conspiracy to distribute heroin and fentanyl between March 2017 and November 11, 2020.

"This case started with investigators from several different agencies independently pursuing different leads. When they came together, they found themselves investigating a conspiracy to distribute illegal narcotics that stretched from the Philadelphia suburbs, down through Delaware, and into Mexico. I want to commend the hard work of our law enforcement partners from over a dozen agencies who helped develop the charges announced today, not the least of which includes the Mexican authorities, who, as a result of information developed here, rescued a U.S. citizen held against their will in Mexico," Postal Inspector in Charge of the Philadelphia Division Damon Wood explained.

"Today a dangerous criminal is off the streets thanks to a large-scale coordinated effort between our partners in the U.S. and in Mexico," Special Agent in Charge of the FBI Baltimore Field Office Jennifer Boone remarked. "In this law enforcement collaboration, not only was a victim being held hostage rescued but more than a million dollars’ worth of illegal drugs was seized."

Officials went on to say they were able to obtain the indictment in November of 2020, but it remained sealed until law enforcement was able to get the victim and arrest Castro Valenzuela. Mexican officials served their own warrants, in February 2021, recovered the hostage and arrested Castro Valenzuela. The victim is said to be in good health.

Castro Valenzuela is being held, awaiting extradition to the District of Delaware in order to be tried in federal court.

Four other people were also charged in Delaware with conspiracy to distribute heroin and fentanyl. 37-year-old Jamar Jackson, of Chester and Bear; 34-year-old Denise Brown, of King of Prussia; 37-year-old Harley Douglas, of Bear, Delaware; and 35-year-old Nicole Jackson, of Dover.

Officials added they were able to seize about 7.5 kilograms of heroin and fentanyl, 14.5 pounds of methamphetamine, 12 guns and $180,000. They stated the street value of the drugs surpasses $1 million.