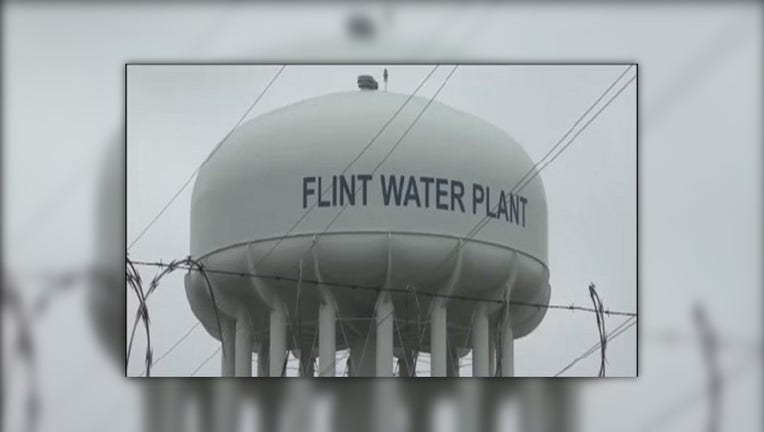 FLINT, Mich. - Dana Nessel, Michigan's attorney general, has dropped all charges brought by the state's previous administration so it can "conduct a full and complete investigation".

Nessel announced that all criminal charges brought by the former Office of Special Counsel (OSC) were dismissed without prejudice - meaning the state can still bring those charges against the defendants in the future.

Prosecutors say, by dismissing the criminal charges against the eight people charged, they're starting the investigation over again

In Nessel's announcement, she said that no media inquiries regarding the cases would be answered until after Solicitor General Fadwa Hammoud and Wayne County Prosecutor Kym L. Worthy have had an opportunity to speak directly to the people of Flint.

Nessel tasked Worthy with reviewing the remaining cases in January - including involuntary manslaughter charges against Nick Lyon, the former head of the Michigan health department who has been ordered to trial.

Lyon was accused of failing to alert the public in a timely manner about the Legionnaires' outbreak, which has been linked to foul water and at least 12 deaths. Dr. Eden Wells, who was Michigan's chief medical executive, also was facing an involuntary manslaughter trial, although both cases are tied up in appeals by aggressive defense teams.

Flint getting $77.7M loan from MDEQ to help with water improvements

Gerald Ambrose and Darnell Earley, who were state-appointed emergency managers when Flint was using river water, are also charged. They're accused of being obsessed with saving money instead of protecting residents. All pleaded not guilty to the charges.

In the release, the both Hammoud and Worthy said that upon taking up the case, "our team of career prosecutors and investigators had immediate and grave concerns about the investigative approach and legal theories embraced by the OSC, particularly the pursuit of evidence."

The statement continued by stating that not all evidence had been pursued, claiming instead the OSC had gave private law firms representing the MDHHS, MDEQ, Michigan Department of Treasury and the office of former Governor Rick Snyder "a role in deciding what information would be turned over to law enforcement."

The officials stated that while they were "mindful" of the how much money current and previous litigation had expensed; they couldn't give residents of Flint "the investigation they rightly deserve by continuing to build on a flawed foundation."

In response, Nessel released this statement:

— “The depth and breadth of concern for a fair and just prosecution and justice for the people of Flint is precisely why I appointed and entrusted Solicitor General Fadwa Hammoud and Wayne County Prosecutor Kym L. Worthy to lead the Flint criminal cases. I trust them and if this step is necessary for them to do a comprehensive and complete investigation. I am in absolute support.'

Officials made sure to emphasize the point that a voluntary dismissal by the team did not shift any responsibility toward or away from the defendants. "We are not precluded from refiling charges against defendants listed below or adding new charges and additional defendants.

Hammoud and Worthy stated they had finished acquiring "millions of documents and hundreds of electronic devices" which expanded the scope of the investigation.

"Our team's efforts have produced the most comprehensive body of evidence to date related to the Flint Water Crisis. We are now in the best possible position to find the answers the citizens of Flint deserve and hold all responsible parties accountable."