Police provide an update on the murder investigation of Migos rapper Takeoff in Houston.

Takeoff, whose name is Kirsnick Khari Ball, was killed by gunfire outside a private party at a Downtown Houston bowling alley on Nov. 1. Two others were injured in the shooting.

Takeoff was one-third of the popular, metro Atlanta-based group, Migos. Other members of Migos were his relatives: Quavo was his uncle and Offset was his cousin.

What led police to charge Patrick Xavier Clark in the Takeoff death investigation?

Takeoff's fourth-grade teacher remembers him as full of life

As the search for the shooter whose bullet struck and killed Migos rapper Takeoff in Houston earlier this week, a former Gwinnett County teacher is remembering him.

"Through that we were able to deduce that Patrick Clark is the lethal shooter in the case, that's why he's charged with murder," Burrow said.

Where was Patrick Xavier Clark arrested?

A suspect has been arrested in the deadly shooting of rapper Takeoff last month in Houston. Houston Police Chief Troy Finner says 33-year-old Patrick Xavier Clark, 33, has been charged with Takeoff's murder. He was arrested Thursday evening.

The street is in northeast Houston. A search shows there are mostly single-family homes in the area. 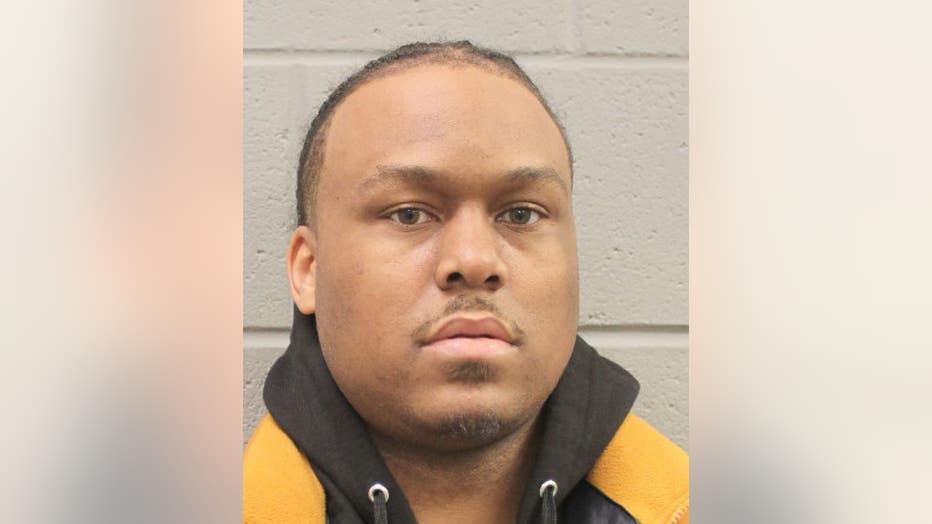 Finner described the arrest as "peaceful." Finner implied there was a sizable law enforcement presence during the arrest.

What was the motive for the shooting?

A mural in honor of Migos rapper Takeoff now sits on the Atlanta BeltLine after his death during a shooting in Houston. Armondo Monoletti is the painter behind the tribute, and he joins Good Day to shares what compelled him to honor the late rapper.

Police believe the shooting happened after a high-stakes dice game at a private party. There was an argument that happened after the game that erupted into gunshots.

Takeoff was an unarmed and a bystander, investigators said.

Finner said police do not know whether Clark was invited to the party or if he knew Takeoff. He didn't provide details on what exactly happened in during game that caused tempers to flare.

What was Patrick Xavier Clark's bond?

Clark's bond was set at $2 million.

According to court documents, shortly after Takeoff was killed Clark, "applied for an expedited passport by submitting a travel itinerary for an upcoming flight to Mexico."

Records show Clark had a large amount of cash. Prosecutors argued he was a flight risk.

How many people were around when Takeoff was shot?

Burrow said investigators learned more than 30 people were standing outside the bowling alley when the shooting happened. Police did not release the exact number.

Every person left the scene without providing a statement to investigators. Police found some people the night of the shooting and the days that followed.

Burrow said the investigation is not closed and it’s important that people come forward.

"We will be looking to find you," he said. "It will be easier if you come find us."

How is Cameron Joshua involved?

Law enforcement announced the arrest of 22-year-old Cameron Joshua on a felon in possession of a weapon charge in connection to the shooting.

Prosecutors said in court Joshua is not believed to have fired a weapon during Takeoff’s shooting.

Joshua was arrested on Nov. 22.

"We believe Cameron Joshua has been appropriately charged in this case and we’re continuing our investigation into the death of Takeoff," Harris County prosecutor Matt Gilliam said after Wednesday’s hearing.

The Associated Press and FOX 26 Houston Digital contributed to this report.