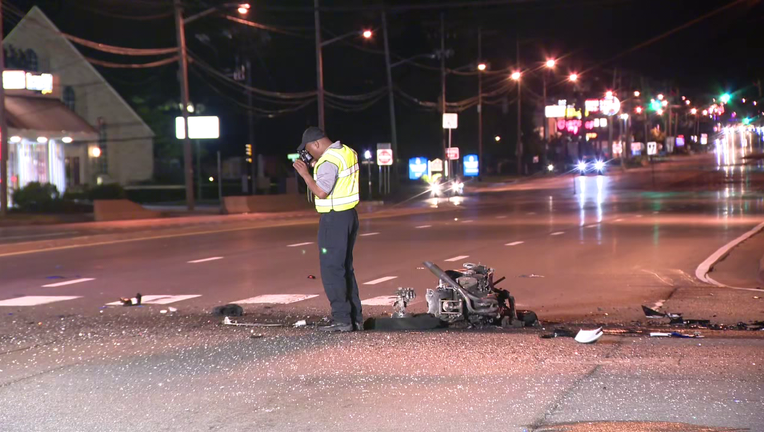 WILMINGTON, Del. - A driver of a motorcycle is dead after hitting a car in Wilmington Friday night, officials say.

The fatal crash happened just after 11 p.m. at Concord Pike and Fairfax Boulevard in Wilmington.

Investigators say a minivan driven by a North Carolina man was making a left-hand turn on to Fairfax Boulevard from southbound Concord Pike, with the green light. A 25-year-old Newark man was traveling on a motorcycle, heading north on Concord Pike. Multiple witnesses at the scene tell investigators the motorcycle was traveling at a high rate of speed. The motorcycle struck the minivan when both vehicles entered the intersection.

The motorcyclist, later identified as Shavar Steer of Newark, was pronounced dead at the scene.

The minivan driver was transported to an area hospital with non-life threatening injuries.