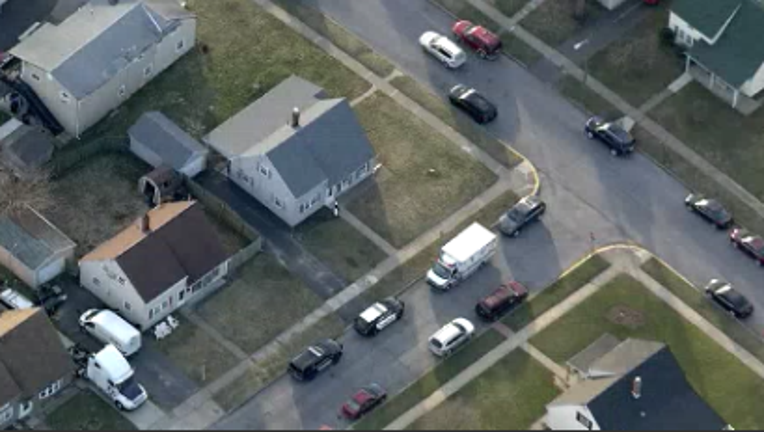 The Berks County Department of Emergency Services received a 911 call from a woman reporting a man with a knife around 2:15 p.m. Monday.

She stated this male, later identified as 62-year-old Stephen James Hughes, had threatened her and the phone call disconnected, the Berks County District Attorney's Office said.

The 911 operator dispatched Muhlenberg Township police officers to a home on the 700 block of Wagon Wheel Lane.

Police officers entered the home and the woman told them Hughes locked himself inside the second floor bedroom.

The officers found a key to the door, which they used to unlock the bedroom door. Officials say Hughes brandished a knife and after failed verbal commands and attempts to get Hughes to drop the knife, the one officer deployed his taser which had no effect.

According to the Berks County District Attorney's Office, a second officer discharged his gun one time, striking Hughes in the chest area. Hughes was rushed to the Trauma Unit at the Reading Hospital and Medical Center / Tower Health where he died.

No police officers were injured during this incident.

If anyone has any information regarding this incident, please contact Berks County Detectives at 610-478-7171.