Authorities have charged more than a dozen people with buying and selling more than 30 illegal guns.

Fourteen defendants were arrested for a gun trafficking organization that operated in Montgomery, Bucks, Berks, Lancaster and Philadelphia counties. They were arrested on charges related to straw purchases of firearms and illegally transferring firearms.

The organization illegally obtained and resold 31 firearms throughout those counties as well as dealt with the sale of ghost guns. 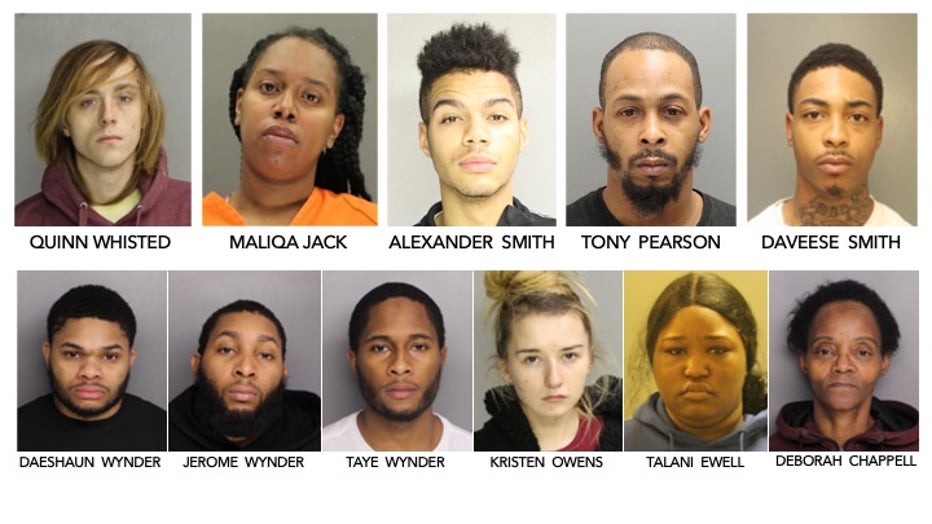 Those firearms were purchased on behalf of the gun trafficking organization led by Alexander Smith, 20, of Plymouth Meeting; Daveese Smith, 22, and Tony Pearson, 40, both of Norristown; Taye Wynder, 20, Daeshaun Wynder, 22, and Jerome Wynder, 24, all of Pottstown; Tymir Allen, 22, of Philadelphia; Joseph Zummo, 26, of Bridgeport; Kristen Owens, 24, of Plymouth Meeting, and Talani Ewell, 20, of Newcastle, Dela.

Two additional illegal firearms were seized during the arrest of the three Wynder brothers􏰀 one had an obliterated serial number and one is still being traced, according to authorities.

The investigation began when Montgomery County Detectives were investigating another gun trafficking organization charged in September 2020. 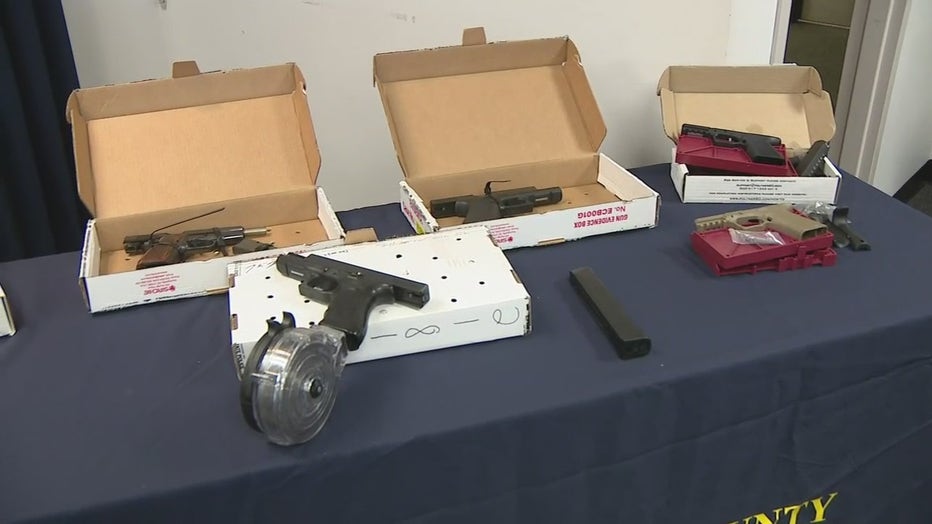 During that investigation, detectives analyzed other defendants in order to identify other illegal firearms and their gun trafficking networks.

Eventually, that detailed analysis led to identifying this particular gun trafficking organization, its many operatives and its illegally purchased and transferred firearms.

􏰄"This group of people was acting together with the sole purchase of making money by putting firearms in the hands of people who cannot lawfully buy and possess guns, in effec􏰃t a􏰈rming c􏰈riminal􏰁,􏰆" said DA Kevin S􏰃teele. 􏰄Straw purchases and the sale of those guns to people who cannot buy their own firearm legally are dangerous to the safety of all of our communities, and 􏰉"ghost guns" are just as dangerous􏰅􏰁, if no􏰃t mor􏰈e. Gun trafficking is a significant threat to public safety and should concern every law-abiding citiz􏰃􏰋en.􏰆"

Of the 29 straw purchases identified through this investigation, only six have been recovered through various means including one recovered during an arrest by the Philadelphia Police for a home invasion robbery. Four firearms were recovered during traffic stops and one firearm was seized when Alex Smith was arrested.