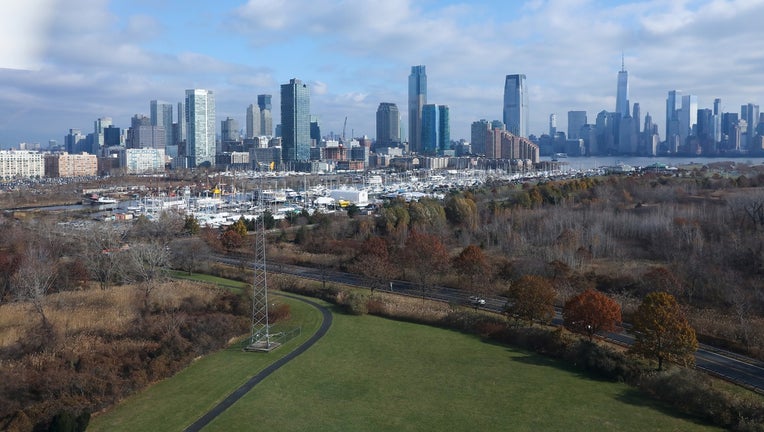 The first-term Democratic governor announced the plan at Stockton University alongside two Cabinet officials who will be carrying the plan out, Department of Environmental Protection Commissioner Catherine McCabe and Board of Public Utilities President Joe Fiordaliso.

Murphy cast climate change as an urgent concern and pointed to a Rutgers study that indicated the state could see 1 foot of sea level rise in the next decade.

“Quite frankly it will be hard for future generations to create their Jersey Shore memories if the Jersey Shore is only a memory,” Murphy said.

The plan calls for reducing the use of fossil fuels while increasing renewable sources of energy, specifically by encouraging electric vehicle adoption and electrifying transportation systems, along with developing offshore wind and solar energy.

New Jersey currently gets most of its electricity — 94% — from natural gas and nuclear plants, according to the U.S. Energy Department.

Murphy also signed an executive order Monday aimed at implementing the plan. The order calls for a handful of new regulations from the Environmental Protection Department, including rules to to govern and “aggressively” reduce carbon dioxide emissions and another that will require the agency to consider climate change when reviewing public projects.

But business groups raised concerns over the costs of carrying out the plan. Administration officials said it was too soon to specify what the costs to residents could be.

Ray Cantor, an executive with the New Jersey Business and Industry Association, called the plan’s goals laudable but said that if natural gas is abandoned too quickly, it could lead to energy reliability problems.