Tom Turcich is back in the states and heading home after he spent most of the last seven years walking around the globe with his dog.

HADDON TOWNSHIP, N.J. - A New Jersey man's seven-year journey to walk around the world is nearing its conclusion is his home state.

Good Day Philadelphia first met 26-year-old Tom Turcich back in April 2015, when he set out to travel the world by foot.

At the time, the now 33-year-old Haddon Township native explained how he decided to embark on the trip after the death of his friend, Ann Marie, who was just 16.

His goal was to walk across seven continents by 2020, but he hit some speed bumps after he came down with a bacterial infection while traveling through South America. The infection kept him off his feet through the fall of 2016 as he returned to New Jersey.

Tom Turcich is back in the states and heading home after he spent most of the last seven years walking around the globe with his dog.

"I lost about 45 pounds and was just in agony all of the time," Tom recalled. "Eventually an antibiotic started working, but yeah it laid me up for a while."

Tom says the COVID-19 pandemic also created some delays, but that he never considered giving up on his goals. Instead, be regained his strength and got back on the road as soon as he could. 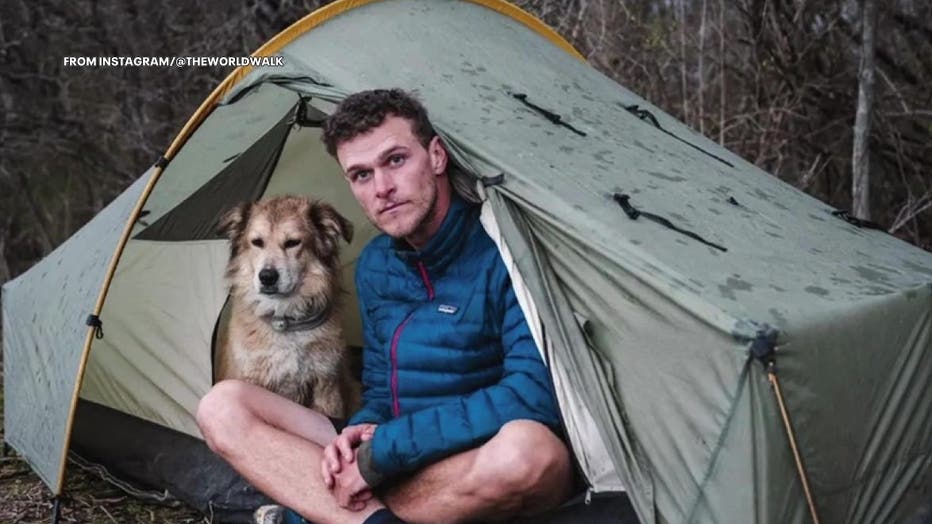 Perhaps the biggest highlight of his journey came when he adopted a companion to join him on the road – a dog named Savannah. Her company made the journey even sweeter, he says.

Tom estimates that he averaged about 24 miles a day on foot, but would hit up to 30 miles a day in some stretches.

After traveling seven continents, how does Tom feel about the world?

"People are good. People are good everywhere. People are really nice," Tom says. "I think what it comes down to is just if there's good systems or not. Because people, all they really want is to make a little money and then hangout with their family – and that's universal and they try and do good. But there's got to be good systems in place to allow it.

Tom will join elite company when he completes his journey and crosses the Ben Franklin Bridge back into Haddon Township. He'll be the 10th person to walk across the globe, while Savannah will become the first dog to do it.

Next, he plans write a memoir about his travels and maybe take some vacations to places he wasn't able to visit.

You can find more details about Tom's travels on his website.