There's a worker shortage around the county when it comes to school bus drivers.

NEW JERSEY - There’s a school bus driver shortage and that’s not what parents want to hear as they prepare to send their kids back to school.

Cynthia Webster, of Camden, says she’s worked as a school bus driver for the last 20 years.

"I love dealing with children. They’re my life," Webster said.

Webster thinks the children appreciate her as well.

"We’re the first thing they see in the morning if we give them the right spirit and output of life that pushes them through school," Webster said.

Steering young minds in the right direction is one reason she loves her job and another is the part-time hours. There are multiple perks yet still, there is a nationwide school bus driver shortage that could impact the start of a new school year. 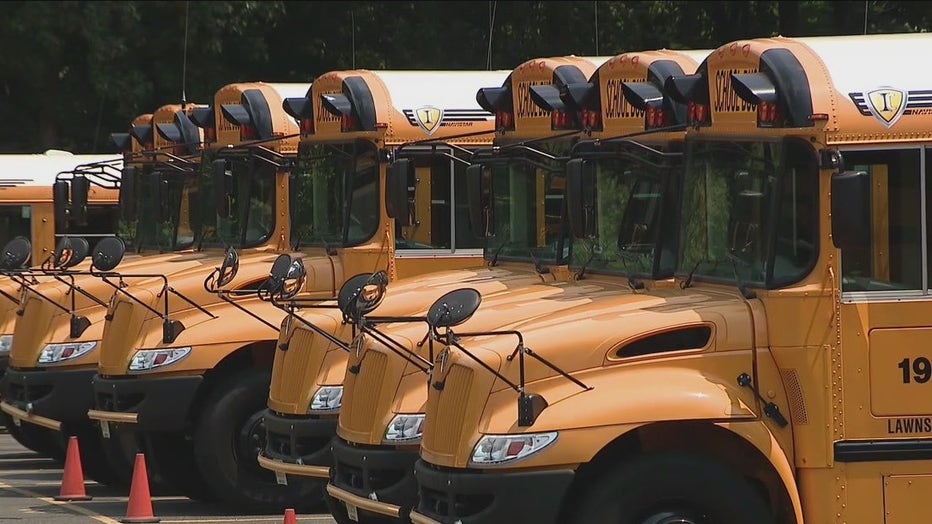 "I believe there will be kids with no transportation. We’re doing a third of the routes that we would normally be able to do," Marianne Marghella said.

And that’s a huge problem.

"I’ve been here 20 years never been this bad," Marghella explained.

Marghella, location manager for First Student bus company in Lawnside, New Jersey, says the shortage has been an issue for a while and the pandemic made things worse.

Marghella says First Student just increased its sign-on bonus to up to $5,000 and offers one of the highest starting rates in the area.