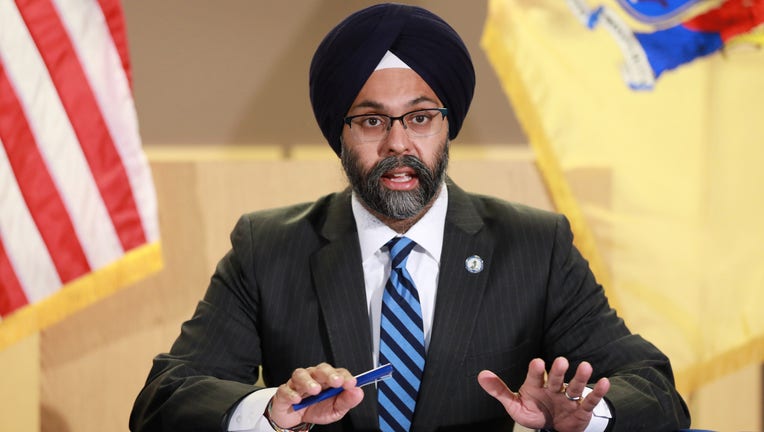 TRENTON, N.J. - New Jersey’s attorney general has launched an online database that allows the public to search reports of police use of force from across the state’s more than 500 police departments.

Attorney General Gurbir Grewal said Tuesday in a statement that the new site, which his office says is a beta, or test, version, is part of an ongoing effort to increase police accountability and openness.

The site includes data from Oct. 2020, when Grewal began to require police departments to submit reports online for the database, until Feb. 28.

Current policy requires all of the state's 38,000 law enforcement officers to submit detailed information about every use of force they perform or witness within 24 hours of each incident.

Grewal's office has partnered with Benchmark Analytics to build the system to collect the use of force data electronically.

The dashboard allows researchers, reporters, and members of the public to review data that's been collected statewide since Oct. 2020 and allows users to review details about each incident, including the name of the officer; the age, race, and gender of the person against whom force was used; whether injuries were sustained and if so, what type; the circumstances that led to the use of force; and the type of force used.

The data can be sorted by state, county or individual police department or agency.

"Taken together, these details provide the most comprehensive statewide data on police use of force anywhere in the country," read a release from Grewel's office on Tuesday.

"We are committed to making New Jersey a national leader on policing reform, and our Use of Force Dashboard is a central piece of that effort," said Attorney General Grewal. "That’s why we’re so eager to get public feedback. We recognize that true accountability is impossible without transparency, and we want to learn how we can make our Use of Force Dashboard as transparent and accessible as possible."

To check out the dashboard, visit http://www.njoag.gov/force.