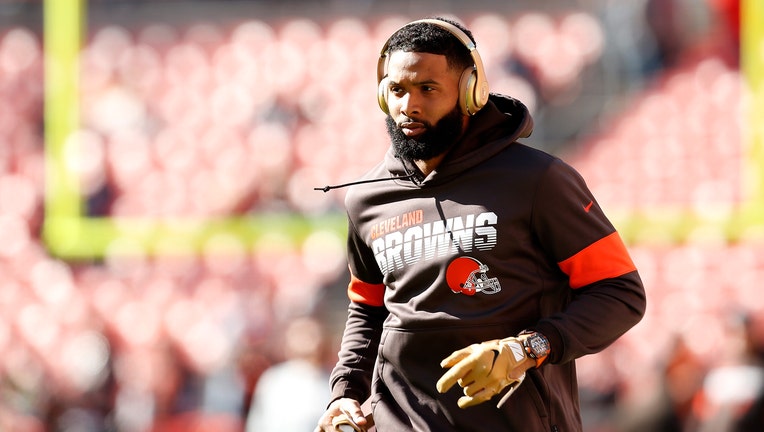 CLEVELAND, OH - OCTOBER 13: Odell Beckham Jr. #13 of the Cleveland Browns warms up prior to the start of the game against the Seattle Seahawks at FirstEnergy Stadium on October 13, 2019 in Cleveland, Ohio. (Photo by Kirk Irwin/Getty Images)

The alleged incident took place after LSU won the CFP National Championship, beating out Trevor Lawrence and the Clemson Tigers 42-25 Monday night at the Mercedes-Benz Superdome.

Video of the suspected battery shows the wide receiver making contact with a security guard’s backside. Officials confirm the security guard issued the complaint, according to ESPN.

The Browns issued a statement saying "they are cooperating with the proper authorities to appropriately address the situation."