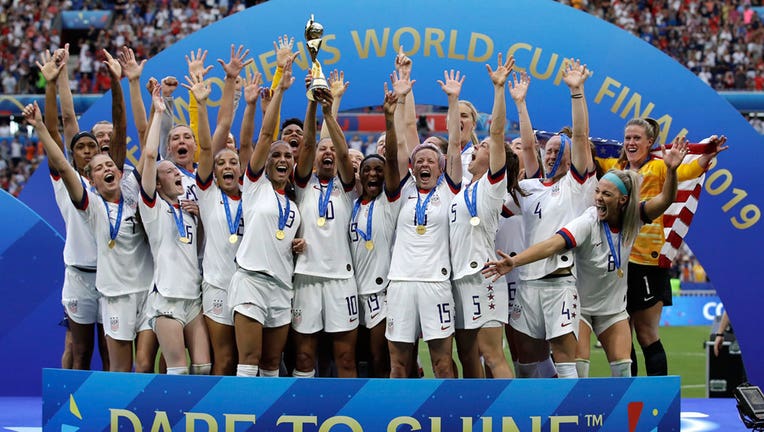 NEW YORK - New York City is ready to celebrate the U.S. women's national team for its victory in the Women's World Cup.

Shortly after the team's win Sunday in Lyon, France, Mayor Bill de Blasio took to Twitter to announce a parade in the team's honor on Wednesday.

De Blasio told the team, "You have inspired the entire country - and New York City knows how to celebrate champions."

The parade will go up a stretch of Broadway that's hosted many celebratory parades known as the "Canyon of Heroes."