NEWTOWN TOWNSHIP, Pa. - Newtown Township police say they are searching for two men in connection with an attempted robbery at a pharmaceutical company. Police are hoping a unique T-shirt could lead to an arrest.

It happened the KVK Tech pharmaceutical company on Monday, June 10 around 4:30 a.m. 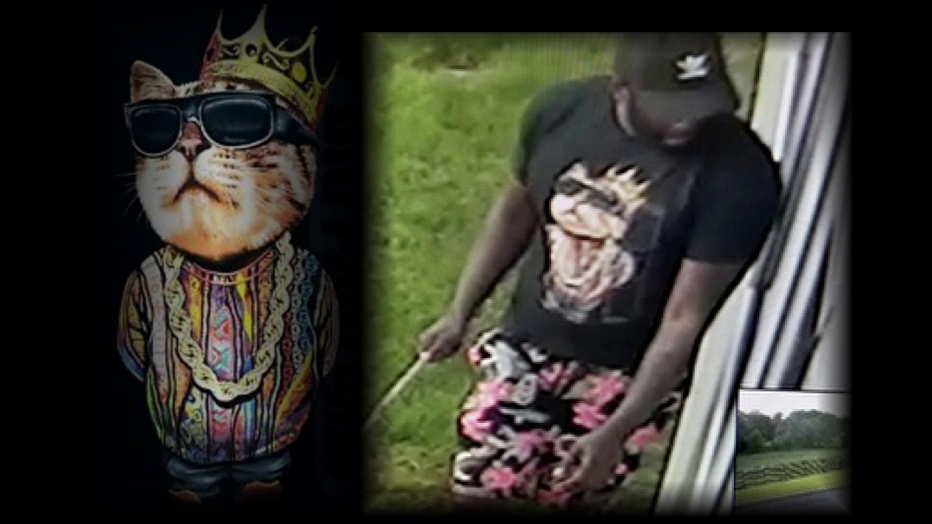 According to police, the two suspects encountered security personnel and demanded to know where the drugs were. The guards informed the two men there were no drugs on site and they forced the security officers into a room, according to investigators.

Police say the suspects told their captives to stay put while they searched the place or they would shoot them.

The investigation showed that the suspect, who was wearing a Big Paw Paw T-shirt, actually entered the property recently and tried to gain access to KVK, police say.

If you have any information, please contact the Newtown Township Police Department at 215-579-1000.