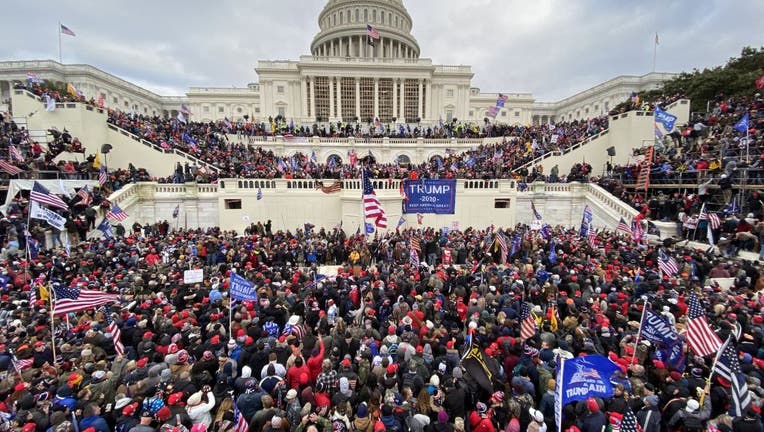 WASHINGTON D.C., USA - JANUARY 6: US President Donald Trumps supporters gather outside the Capitol building in Washington D.C., United States on January 06, 2021. Pro-Trump rioters stormed the US Capitol as lawmakers were set to sign off Wednesday on

COLTS NECK, N.J. - Authorities say an Army reservist from New Jersey who works as a Navy contractor with a "Secret" security clearance is facing charges in connection with the riot at the U.S. Capitol earlier this month.

A criminal complaint filed by a special agent with the Naval Criminal Investigative Service accuses Timothy Hale-Cusanelli with unlawfully entering the Capitol, disorderly conduct and obstructing a law enforcement officer.

Court documents don’t list a defense attorney and a message could not be left at a number listed for him.

No images of Hale-Cusanelli were provided.

Hale-Cusanelli's arrest joins that of many other local citizens including Craig Bingert of Slantington and Riley Williams of Harrisburg.