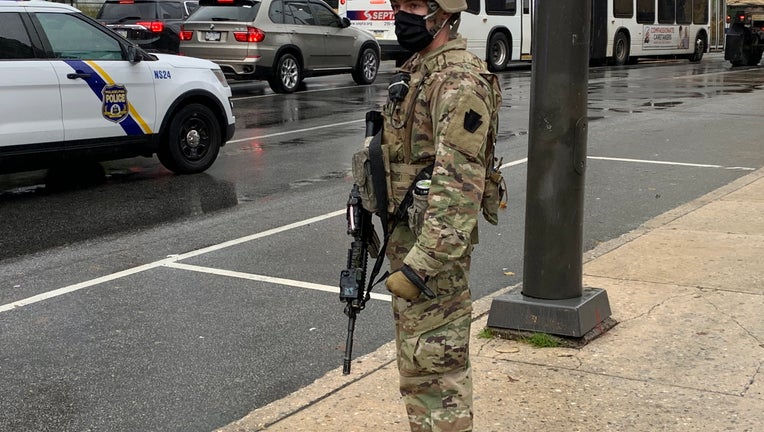 PHILADELPHIA - Philadelphia will not be under a curfew on Halloween night amid bubbling tensions following the officer-involved shooting death of Walter Wallace Jr.

Mayor Jim Kenney tweeted Saturday afternoon that the city won't be enforcing a curfew, but residents are encouraged to stay home unless travel is necessary.

Philadelphia has had two overnight curfews so far this week from Wednesday to Thursday and from Friday to Saturday. During the 9 p.m. to 6 a.m. curfews, restaurants, grocery stores and pharmacies were only allowed to stay open for deliveries.

Philadelphia went without a curfew Thursday night into Friday morning, which yielded peaceful results. Although pounding rain and sustained winds could have helped keep demonstrators at bay. The city re-upped its curfew on Friday night in part to quell activity during mischief night, according to Mayor Kenney.

Law enforcement has beefed up its presence in Philadelphia following Tuesday night's chaotic unrest. Hordes of Pennsylvania State Troopers arrived in the city Thursday night and were followed by truckfuls of Pennsylvania National Guard service members.

Demonstrations began in Philadelphia on Monday evening after two officers shot and killed 27-year-old Walter Wallace Jr. on the 6100 block of Locust Street. Officers responded to the West Philadelphia address and were met by Wallace who police say refused to drop a knife. He was pronounced dead at a nearby hospital.

The family of Wallace Jr. has since argued that their son was having a mental health crisis and required medical attention instead of police intervention. Protests soon turned violent in the wake of Wallace's death as dozens of officers were injured and police cars were set on fire.

Looting and rioting became more prevalent during the second night of unrest as businesses in Port Richmond were ransacked and destroyed. Philadelphia police on Thursday said 212 people have been arrested during the widespread unrest across the city, including 40 arrests for burglary on Wednesday alone. The violence caused Philadelphia leaders to enact a curfew Wednesday night to Thursday morning.