FOX 29's Steve Keeley has more from a Port Richmond Walmart that was hit hard by looters Tuesday night.

PORT RICHMOND - A Port Richmond Walmart was one of the stores hit hardest by looters during the second night of unrest in Philadelphia following the officer-involved shooting of Walter Wallace Jr.

SKYFOX was over the scene on Castor Street and Aramingo Avenue on Tuesday night. People were seen pouring from the storefront with armfuls of merchandise and large items such as televisions.

Dozens of cars jammed the parking lot and weaved through traffic which added to the chaotic scene. As police arrived, one car with a stolen television on its hood fled with such speed that the television slipped off the roof and smashed on the ground. A woman was also seen abandoning a stolen television as officers closed in.

SKYFOX was over the scene as looters made their way in and out of a Walmart with merchandise in hand.

FOX 29's Steve Keeley on Wednesday morning saw the wake of destruction left inside the Walmart. A store security person told Keeley that some looters broke through the roof, which caused an overhead water pipe to burst and flood the store. More waterpipes were broken in the customer restrooms and added to the water damage.

The ransacked shelves and pharmacy counter caused wet debris to float throughout the store and into the parking lot. Cashboxes from registers were stolen and at least one ATM was exploded. Vending machines and glass windows and doors were smashed.

TD Bank among businesses struck by rioters in Port Richmond

FOX 29's Steve Keeley is at TD Bank in Port Richmond where looters were unable to steal money, but caused plenty of damage.

Philadelphia police on Twitter reported roughly 1,000 people were looting businesses on Castor and Arimingo around 9 p.m. Tuesday night. Stores near the Walmart, such as Five Below and a privately-owned beauty supply store also suffered looting and damages. 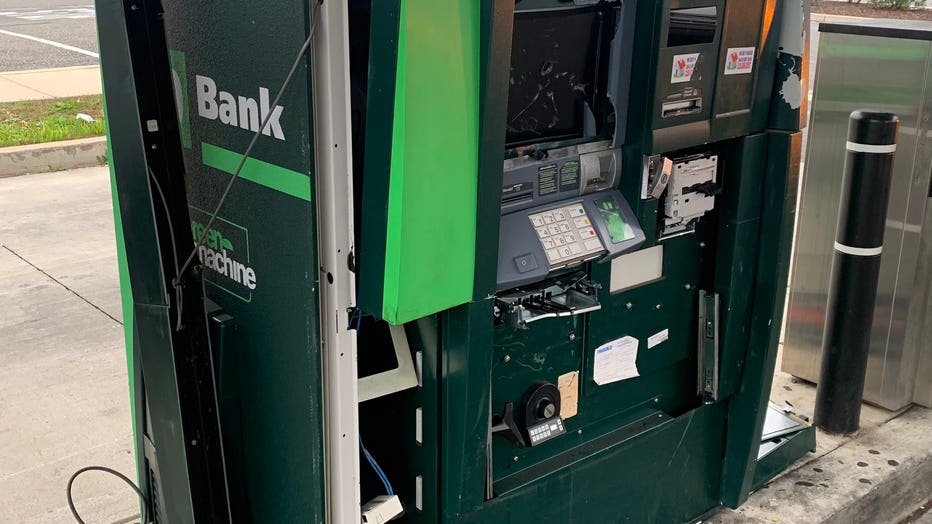 While no money was stolen from the TD Bank ATM, teh vandals managed to gain access to deposited checks.

Rioters who targeted a nearby TD Bank on Arimingo Crossing were fortunately unable to steal any money despite tearing into atm machines and the building itself. Workers from an armored truck company removed the cash boxes from the damaged machines on Wednesday morning. Keeley reports that while no money was stolen, the vandals managed to access the deposited checks portion of the machine.

TD Bank among businesses struck by rioters in Port Richmond

FOX 29's Steve Keeley is at TD Bank in Port Richmond where looters were unable to steal money, but caused plenty of damage.

‘Justice should be served’: Family of Walter Wallace Jr. calls for justice and peace in wake of fatal shooting