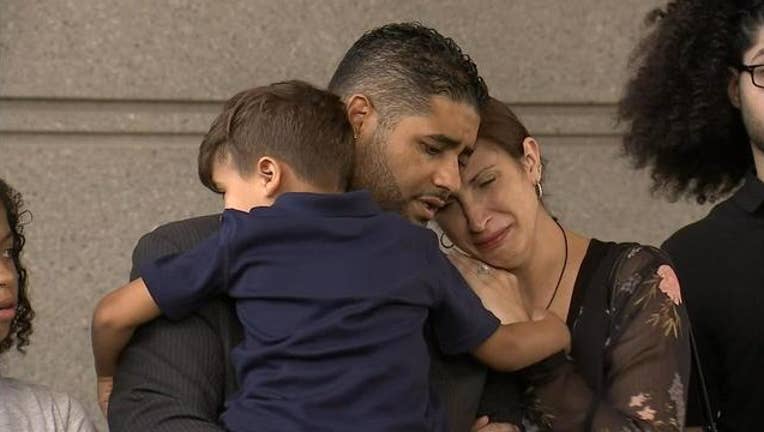 NEW YORK - A grand jury had not yet decided to pursue a criminal case against a father who left his twin one-year-old children in a hot car in the Bronx. The children died.

RELATED: Wife defends husband in deaths of twins he left in hot car

Juan Rodriguez, 39, was joined by his wife and three children in Bronx Criminal Court Thursday.

The Bronx district attorney's office was investigating Rodriguez's claim that he forgot his babies were inside the vehicle while he worked his eight-hour shift.

"We are speaking to the district attorney's office to convey to them what I think they know and understand that this was a horrific and terrible tragedy," said attorney Joey Jackson.

Prosecutors will take more time to evaluate the case.

Rodriguez pleaded not guilty to two counts each of manslaughter and criminally negligent homicide and endangering the welfare of a child following their deaths on July 26.

Rodriguez told responding officers that he thought he had dropped the twins off at day care before he went to his job at a veterans' hospital.

He returned to his car eight hours later to find babies Phoenix and Luna dead.

"I blanked out. My babies are dead. I killed my babies," Rodriguez told cops.

Rodriguez's wife and the children's mother defended her husband after the horrifying incident. He is "hurting more than I ever imagined possible... he will never forgive himself for this mistake."

Rodriguez was due back in court on Aug. 27.