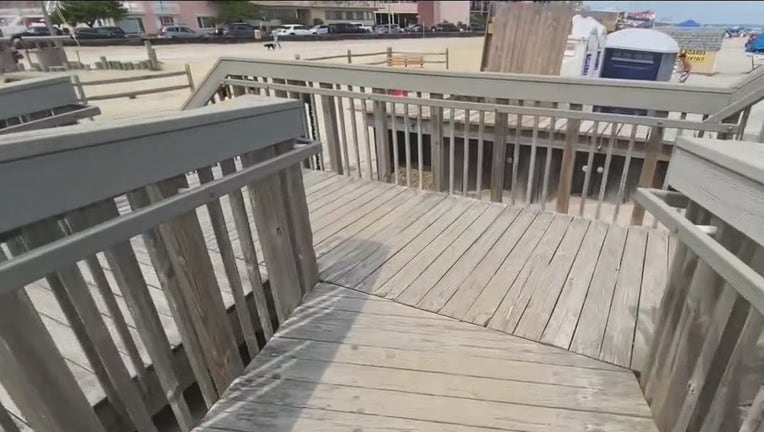 NORTH WILDWOOD, N.J. - The City of North Wildwood has terminated its contract with its waste removal company amid threats from the company saying they'd leave trash in the streets, city officials allege. But GME's CEO says city leaders need to take rising costs of fuel and inflation into consideration after requesting a price change.

According to a press release from the city, the contract with Gold Medal Environmental New Jersey, Inc. (GME) was terminated.

The city says GME is a "subsidiary of the multibillion-dollar private equity firm Kinderhook Industries, headquartered in New York City."

GME's CEO showed up at the North Wildwood Public Works Building on March 8 insisting that the city pay GME two to three times the agreed upon contract amount or the company would "leave the trash in the streets," the city alleges.

According to a copy of a legal document sent to GME's leaders in an email sent on April 25, GME's CEO said:

"My message hasn't changed: trash (or recycling or yard waste, etc) will start being left on the streets May 1 (whatever we cannot afford to pick up at current contract prices) if we are not back in good faith negotiations to address this emergency situation as other towns have already, and your offices will choose both where this starts and ends. I gave a reprieve until the 15th for those of you who had meeting schedules that would not allow this to be completed by May 1, but all of that depended on appropriate progress."

The legal document also alleges that GME's CEO said "we are not picking up weekly trash and recycling at $5.78 a unit/month under these emergency circumstances. Let's get this done before it gets ugly."

City officials say they tried to reach an agreement with GME for two months despite continued threats and instead decided to terminate the contract after no agreement could be reached.

"While we have been sympathetic to the plight of all businesses dealing with the impacts of the Covid pandemic and other economic issues, we will not make agreements under extortive threats," North Wildwood Mayor Patrick Rosenello said. "GME's CEO made it evident that he was attempting to make the contract better for GME because he did not like what his predecessor agreed to. Of course, that is not how public contracts work. GME was not willing to hear out the City's counter-proposal to reach a number that both parties could agree on. GME also refused to put in writing that it would fulfill its obligations under the contract without any conditions."

Mayor Rosenello also said GME continued to tell the City it would breach its contract and leave trash in the streets of North Wildwood.

"As the representatives of the residents of North Wildwood, the City Council and I have an absolute obligation to the health, safety and welfare of our City to avoid the prospect of garbage piling up in the streets, Rosenello said. "In order to fulfill that obligation, we have terminated the contract with GME and entered into a contract with Pineland Recycling."

Pineland Recycling is based in Cape May County and handles trash collection for several other municipalities in New Jersey, according to North Wildwood.

The change from GME to Pineland Recycling will begin immediately, the city says.

An emergency City Council meeting was held on April 29 and New Jersey Superior Court Judge Michael J. Donohue was authorized to send a legal opinion to GME informing them that the contract was terminated.

GME's CEO Darren Gruendel says city officials in North Wildwood need to take the rising costs of fuel and inflation into consideration. "It's also a little hard to imagine that a garbage company needs to educate professional city administrators about basic inflation and costs of living," Gruendel wrote in an email to FOX 29.

He also says it is reckless for towns to ask contractors to meet the same contract standards under today's conditions.  "Without the pandemic or the war in Europe driving 200+% fuel price increases, perhaps it would have been possible to suffer through what is so very clearly an unfair rate structure. However, given the current inflationary crisis, it should [be] obvious to even the lay reader that either rates must go up or service levels need to come down," Gruendel wrote. "Commercial drivers by regulation and common sense can only drive so long safely, and we would never compromise safety because a town refuses to pay a fair rate."