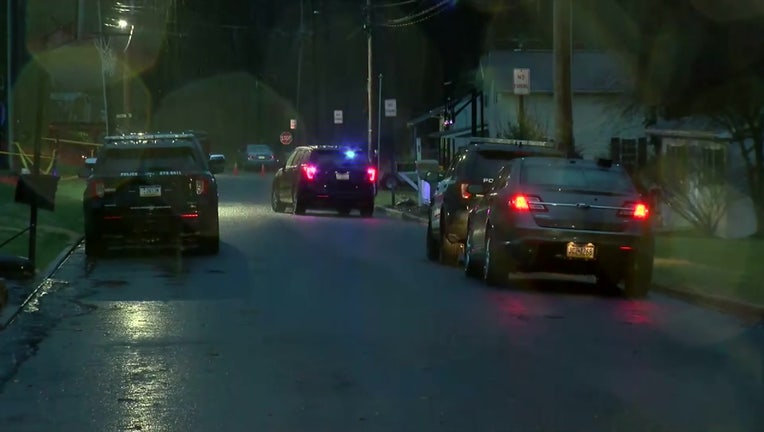 LEBANON CITY, Pa. - A police lieutenant killed on duty in Pennsylvania was one month away from retirement when a man suspected of breaking into a family member's home opened fire on responding officers, authorities said Friday.

Two other officers were injured and remain hospitalized. The suspect, 34-year-old Travis Shaud of Lebanon, was also killed in the exchange of gunfire.

Graf said Shaud had a record of domestic assaults as well as mental health issues.

"Family attempts to intervene, to provide assistance, were met with his utter resistance," she said.

Shaud had previously lived in the home but not for some years, she said. A man listed as a co-owner of the home declined comment when reached by phone early Friday.

Lebanon Mayor Sherry Capello said the injured officers are Ryan Adams, 34, and Derek Underkoffler, 32, both with seven years on the force. Lebo had planned to retire May 1 after 40 years with the department.

A family member arrived home after work Thursday and realized Shaud had broken into the rear of his home, so he called police, Graf said.

Officers returned fire and Shaud was pronounced dead at the scene. Authorities have not said who shot who and did not take questions about what Graf called an ongoing investigation at news conferences Thursday and Friday.

"As one can imagine, it's clearly a traumatic event," Lebanon Police Chief Todd Breiner said Thursday night. "Our guys are strong, but we're human and we have families."

Lebanon resident Angelo Gonzalez, 17, was working at a pizzeria down the road from the shooting when he said he saw "cop car after cop car flying down the street."

"Then we heard something and weren’t sure what it was and the street filled up with cops and ambulance in a matter of 15 min," Gonzalez said in a text message.