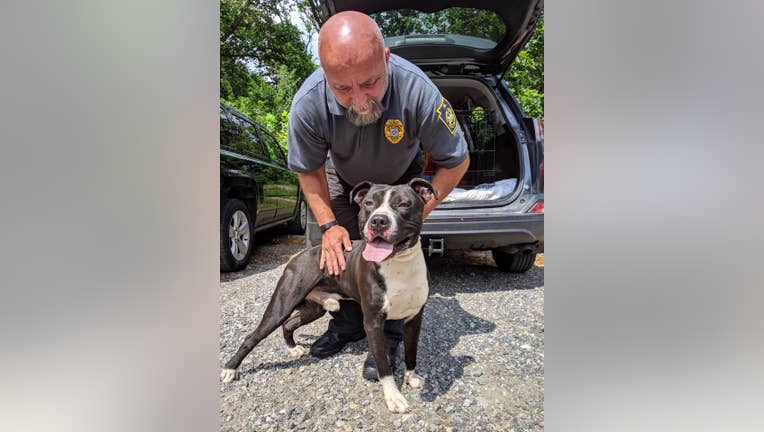 Thomas, who was found tied to train tracks in Darby, is seen pictured with his "hero," Humane Officer Ron Riggle.

DARBY, Pa. - Authorities are investigating after a dog was found tied to train tracks in Delaware County.

Police made the discovery on Thursday night at the SEPTA station on the 300 block of South 4th Street in Darby.

The shelter says the dog is safe now, adding that, “we will do whatever it takes to give him a future where he’ll forget his past.”

Those interested in donating to Providence Animal Center can do so here.